The Vieux-Port of Marseille

It is the oldest port in Marseille. It expanded in the quiet calanque of in 600 BC. Situated ar the bases of three hills, Saint Laurent, Les Carmes, Les Moulins, it developed throughout the years after the Phocea Prôtis and the beautiful Ligurian Gyptis fell in love. It is successively called Massalia (by the Greeks), Massilia (by the Romans) and Marsilho (in the Middle-Age).

Vestiges of the first Phocean port built on the northern shore were discovered in 1967 during the construction of the Centre Bourse. They are the proofs of its importance in the Greek and Roman periods. We can clearly identify the Corne (Horn) of the former port, the large square reservoir of fresh water where the sailors came to supply, a former Roman Road, a sewer drain, a part of ramparts…

A boat of the 2nd century has also been discovered during the excavations, it is exposed in the Musée d’Histoire de Marseille, in the basement of the Centre Bourse.
The 2 shipwrecks discovered in the basement of the square Jules Verne, behind the Town Hall, in 1993, as a carpark was built, they are from 600 BC. They are the oldest ones in the world. 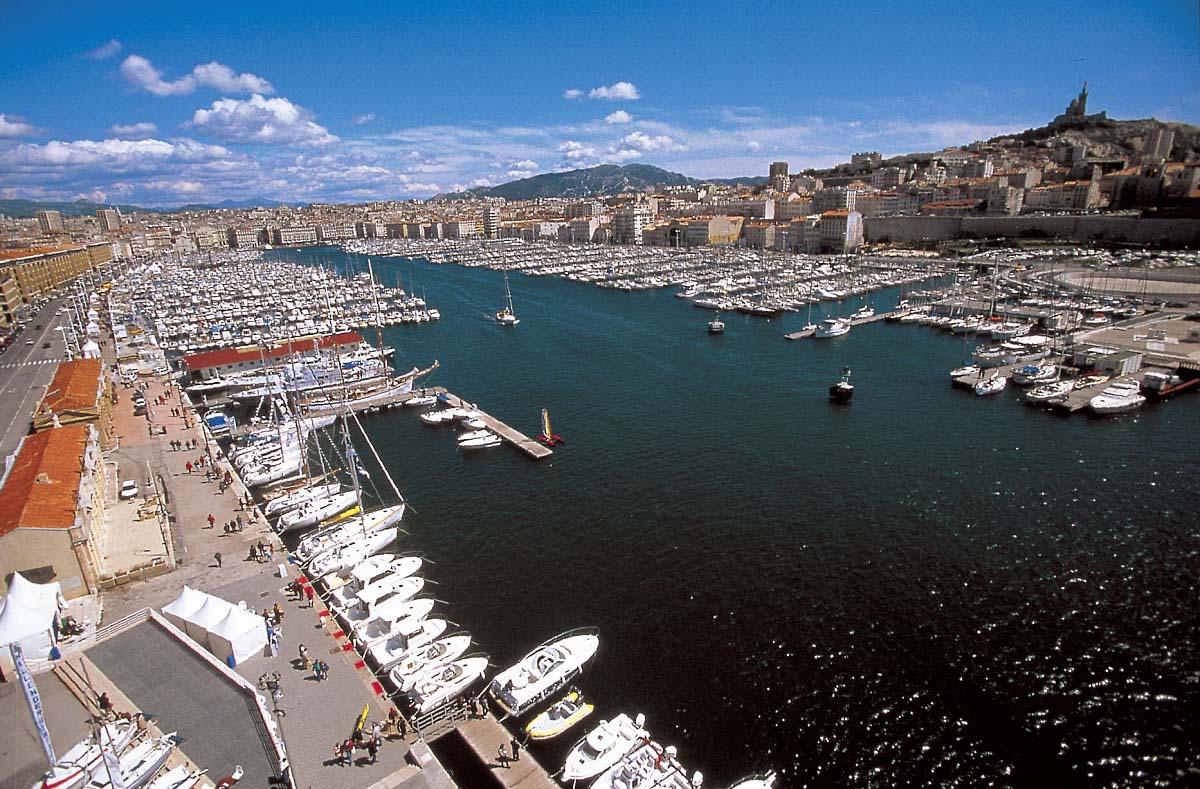 Robert Roman, wrecks hunter and engineer at the CNRS called Denis Borg, wrecks rebuilder, in Marseille, in the cove of the Pharo. Their common project was to build a galley with the methods used at that time (with vegetal ligation like in the Ancient Greece) and to travel from Marseille to Phocée, in Ionia (on the west coast of Asia Minor). Under the leadership of Patrice Pomey, of the Centre Camille Julian, in Aix-en-Provence, the replica of a galley called Gyptis, was computer-designed and built. Shipping tests were made near Marseille since 2014. (Technicians went to India to see the hand-sewn boats which are still built).

The Musée des Docks Romains, Place Vivaux, was created in 1947, as some neighbourhoods were rebuilt after the Germans destroyed them, is another proof of the importance of the Vieux Port, between the 6th century BC and the 4th century AD. There are nearly thirty dolia (singular dolium, in latin), kind of tanks for oil or wine fabricated by the Romans. These big amphoras contained up to 1200 litres (some 2500). They were stacked in the holds of the boats ; 20 wrecks of that period were found in the port of Marseille. One of Caesar’s galley (2nd-3rd century BC) discovered in 1864, is exposed in the museum.

On the southern shore, there was a quarry where stones were extracted to built the city. 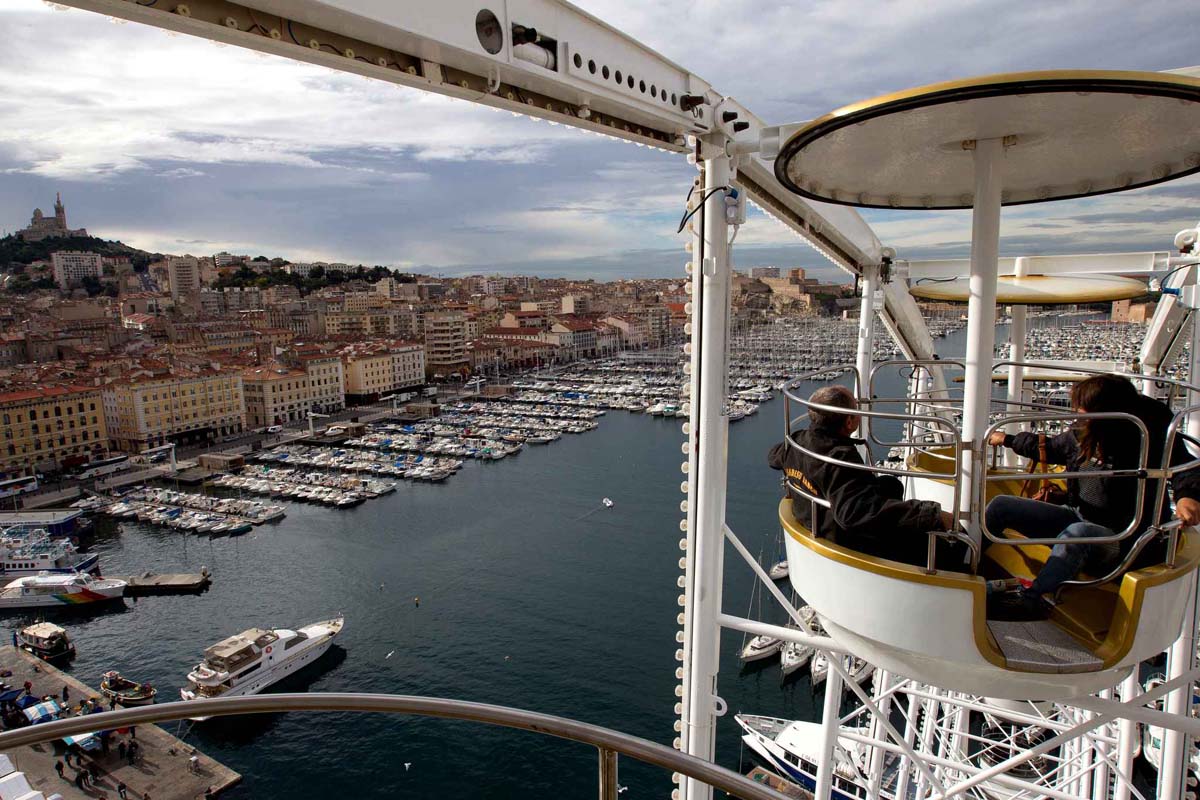 The port is prosperous thanks to the fish industry, shipbuilding, frame manufacturing, and hemp ropes (called « canebe » in Provençal, word at the origin of “Canebière”). In 1265, the count of Provence, Charles Ist, orders 30 galleys. The port evolution will be stopped many times by pirates or wars. In 1291, Charles II creates a military dock, and in 1296 l’Arsenal des Galères is born. The port was protected by a chain but the latter disappeared after a Spanish attack in 1423 (today this chain is exposed in Valencia Cathedral in Spain).

In 1660, Louis 14th has given a new luster to the declining arsenal to compete with Spain and Italy. A zone is reserved for galleys slaves sentenced to forced labour. It is alos under Louis 14th that the Tour du Roi René, the « Hôpital de l’ordre hospitalier de Saint Jean de Jérusalem » and the Fort Saint Nicolas are built. So was our Town Hall in 1666, replacing the building of the « la Loge des Marchands » built in 1599.

In 1748 the « Arsenaux des Galères » (galley arsenals), fallen into disuse, were transferred to Toulon. The last buildings in Marseille, destroyed in 1787, will be replaced by new streets and squares. Today there is only the Capitainerie left, on the Cours d’Estiennes D’Orves. It was recently transformed into a « Etap Hotel » and « Maison de l’Artisanat », n° 21 Cours d’Estienne d’Orves (place where artists, artisans and public can meet). 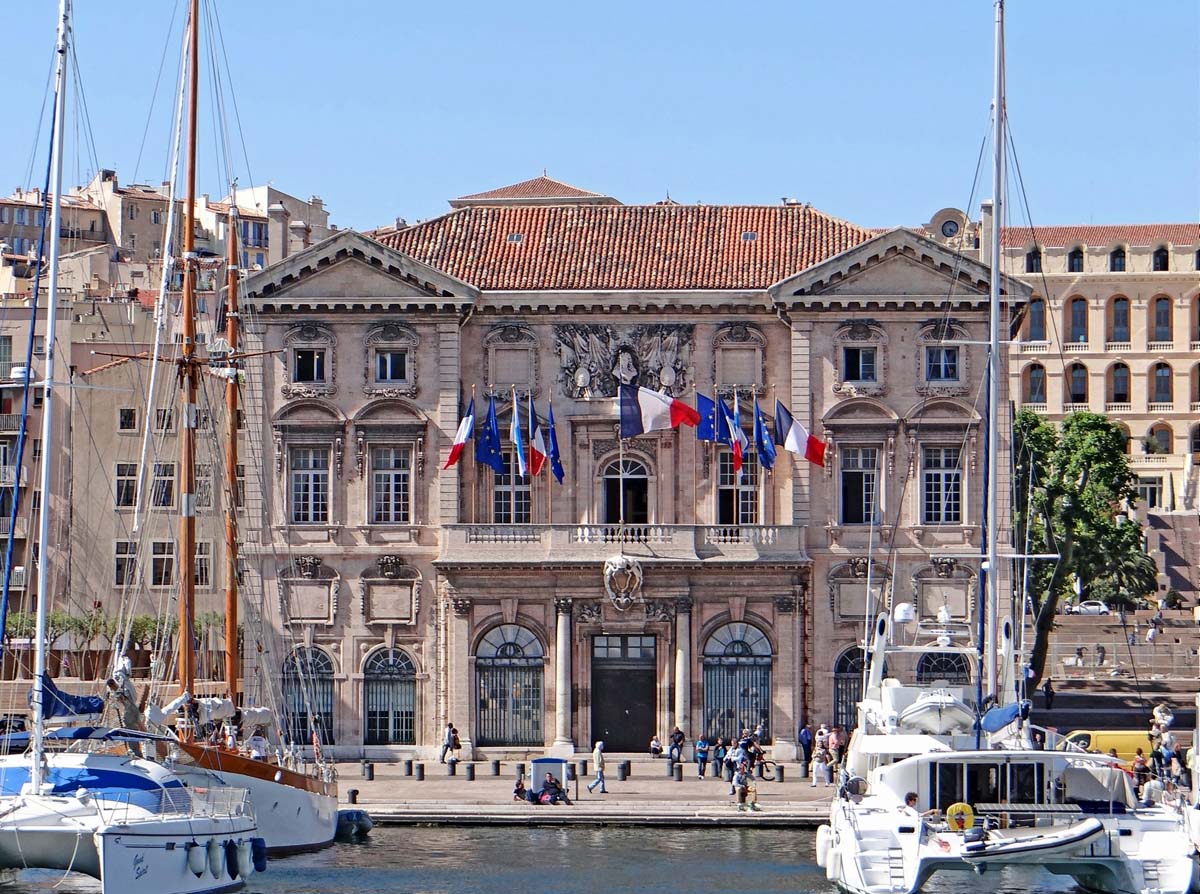 In 1720 there was a terrible plague which can be stopped by any prevention system : neither the boats under quarantine on the ’île du Frioul, nor the Consigne Sanitaire, next to the Fort Saint Jean. The plague arrived in a merchant vessel, « le Grand Saint Antoine », from Syria ; it spread with an amazing speed, killing 50% of the population of the town and 25% of Provence inhabitants. The Knight Roze made the galley slaves clean the town of the dead bodies. It didn’t take long for the to be sick and die. The religious of Monseigneur de Belsunce brought solid moral comfort. His statue is exposed in front of the Cathédrale de la Major.
The actual port is magnificently adorned with the church Saint Ferréol (12th century). It used to be the Commanderie des Templiers (commandery of the templars). The Temple was destroyed and replaced by the Augustines order in 1369. The church is in the Gothic style (1588). The bell tower is more recent with its Italian style (18th century). It take its actual name in 1803. Its neo-baroque entrance is of Désiré Michel.

A joke spread in the city since a vessel called « La Sartine » (called after the Minister of Defence for Naval services in 1780) sank at the entrance of the port. Marseille laughed saying that a « sardine blocked the port », but they quickly stopped… As the town was blocked, it was no longer supplied, hunger began to spread, until the port could have been cleared.

But the Marseilles’ favorite picture is the Pont Transbordeur (transporter bridge). Designed by Ferdinand Arnodin, it was built in 1905. It was made of a metallic framework and a machinery with a nacelle which could transport people and material between the Fort Saint Jean and the Fort Saint Nicolas. The Germans exploded it during the Second World War. In 2000, during big celebrations, everyone in Marseille came to walk on a catwalk between two huge cranes situated where the two pillars of the bridge used to be.

The old Marseille didn’t forget either the Halle aux Poissons, built in 1909 (n°30, Quai de Rive Neuve) transformed in 1975, in a theatre, « La Criée ». Its facade from the beginning of the 20th century is classified as a historical monument. One can read « Criée libre aux poissons »(fish market). But today it is the « Centre Dramatique National » where the great danser and choreographer Roland Petit worked for 26 years since 1972. Inside the theatre there is now two rooms (800 and 250 seats). The « Criée » was transfered at the port of Saumaty, at the North of the town, before the Estaque.

The Tunnel under the Vieux Port is an important part of the place even if it is invisible. Designed in 1967, between both shores where the 2 Forts are, it helped the city as traffic was a problem, especially since it has been extended to the A 55 (Seaside highway), and the A 50 (through the Prado Carénage). 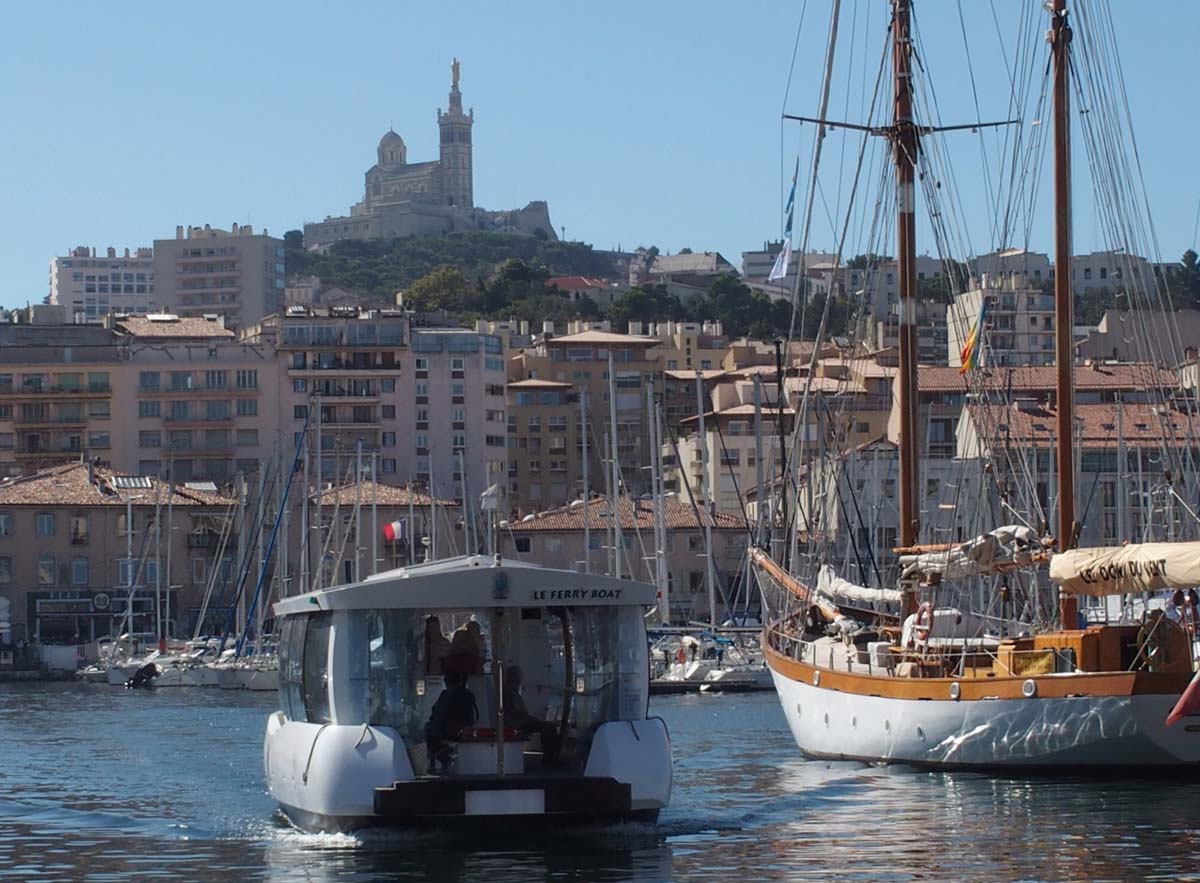 One of the most beautiful panoramas over the port is to be seen from the Jardin du Pharo. Napoléon 3rd built this residence for the Empress Eugenie.

The Vieux Port is one of the most touristic place in Marseille. Marseilles people appreciate that its both shores (from the Town Hall to the Place aux huiles) are linked several times a day by the famous Ferry-Boat; the former one was from 1880. But, since 2010, the old ferry, often desbribed by Marcel Pagnol, was replaced by a brand new electro-solar one (free).

The Vieux Port of Marseille and the famous accent of its inhabitants were magnified in films like the « Trilogie » of Marcel Pagnol (« Marius »/1928, « Fanny »/1931, « César »/1935), or « Honoré de Marseille », film of Maurice Regamey, in 1956, with Fernandel, Rellys, Andrex, Francis Blanche (burlesque comedy which tells the history of the Phocean city).

Form the port tourists can take the tiny white and blue (colors of the city) train to go to the high « Panier » (one of the most ancient part of the town) or to the Vierge de la Garde.