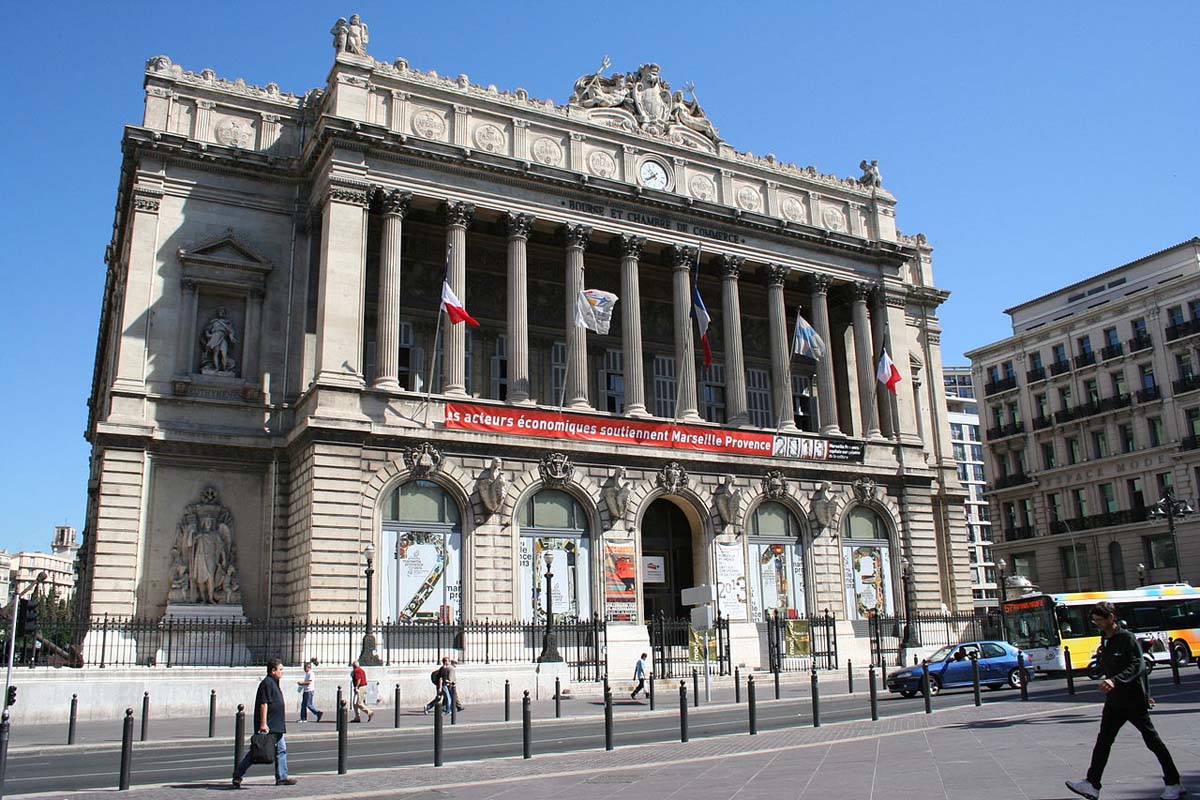 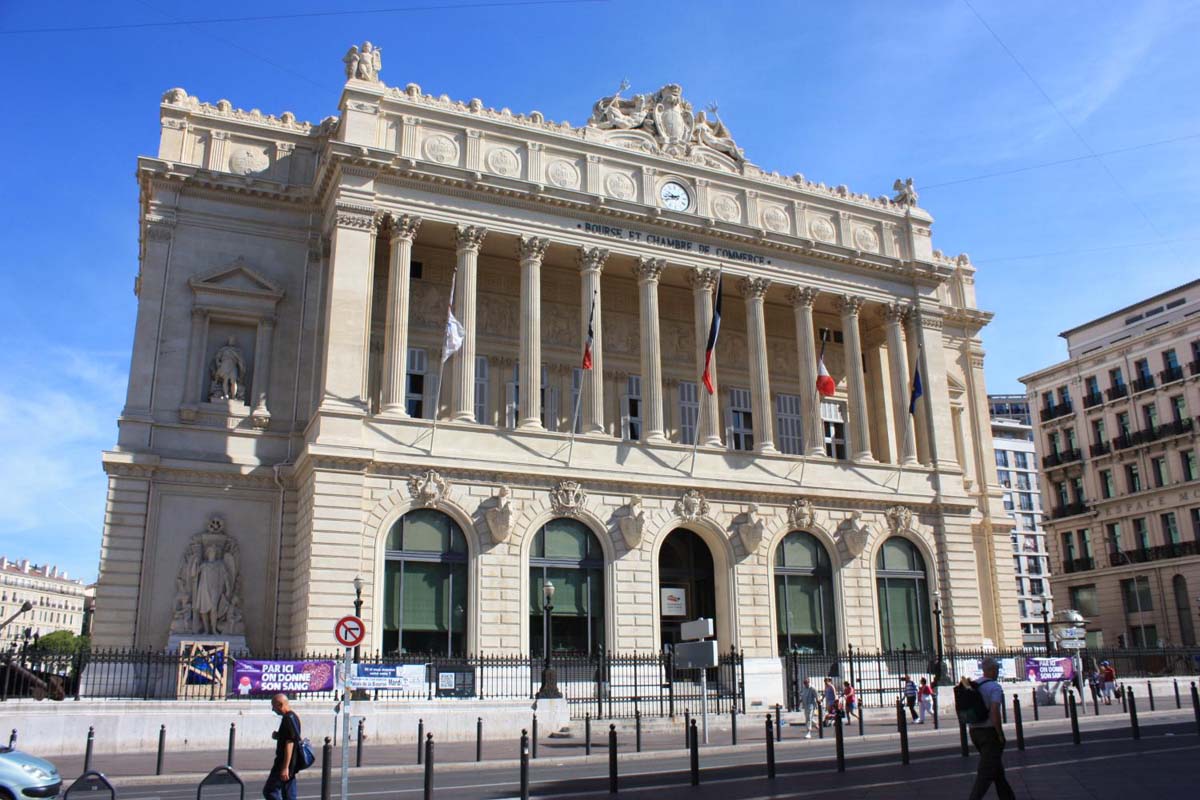 n°9 of la Canebière, near the Port. It is the headoffice of the Chambre de Commerce et d’Industrie (chamber of commerce and industry) of Marseille Provence. From 1599, business was being transacted in the Town Hall. During the Second Empire, the economic activity has more than flourished and the former Chambre de Commerce became too small. After a great deal of discussion, it was decided that the new one would be situated in front of the Place Royale, later called Place de la République and then Place du Général De Gaulle.

Works started in 1852, and were very difficult because of the clay soil. It was inaugurated in 1860, in presence of Napoléon III and Empress Eugénie, with the blessing of bishop Eugène de Mazenod.

It is a neoclassical style building with ten monumental columns on its facade, surmounted by Corinthian capitels and 5 doors with the key logos of Industry, Navy, Trade, Sciences and Agriculture. On both sides of the central clock, there are eight medallions with the names of great explorers : La Pérouse, Tasman, Gama, Colomb, D’Urville, Cook, Magellan, Vespuce. The fronton ends with the emblems of the city maintained by the allegories of the Océan and the Mediterranean sea. Two niches, situated at both ends show two big statues of Euthymènes (on the left), and Pythéas (on the right), great Massiliot explorers of the 6th century AD. This façade has been returned to its former glory thanks to the hydro stripping process (air+aggregate called archifine + water, to avoid dust). It is beautifully illuminated at night. 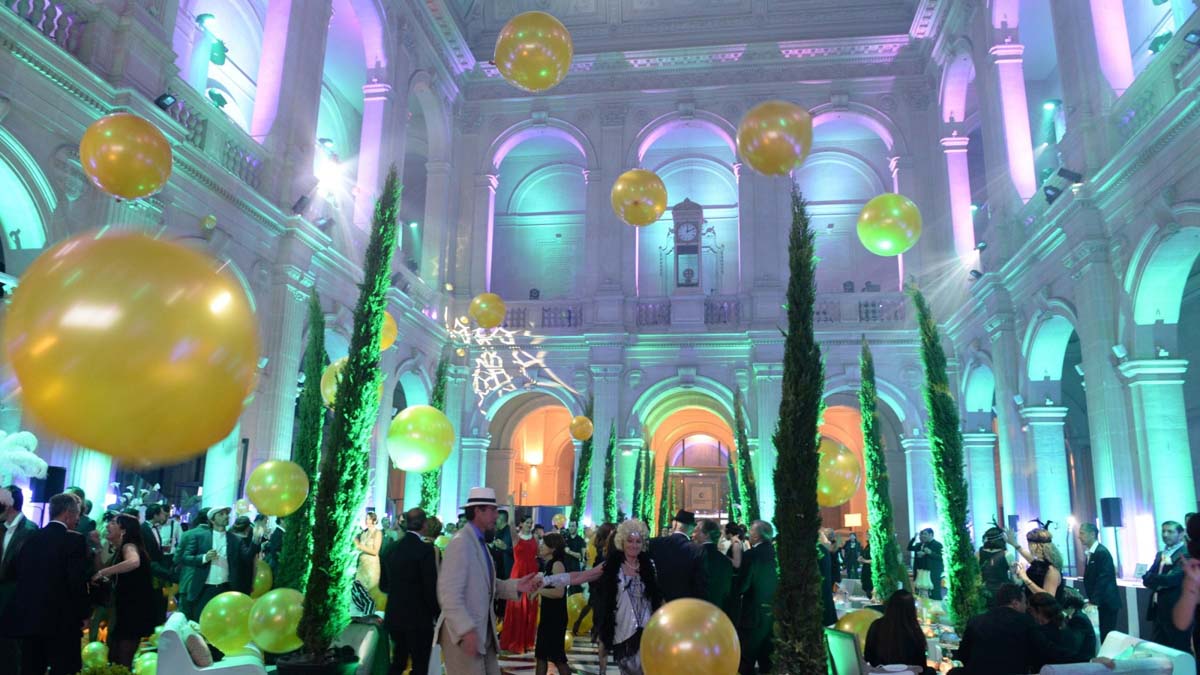 Feel free to enter into the large hall of the ground floor, if you like artistic “shocks”. You will be impressed by the dimensions (1120m2) and the multiple arcades, on two levels, which dominate you and wrap you up. On both sides of each of them are referenced names of areas in the world who have traded with France (Portugal, Egypt, Indochina…/ The name of Prussia was damages after the Sedan defeat in 1870). The marble floor is adorned with geometric motifs.

Above you, there is a remarkable cupola lit by a canopy (it is a steel frame, which was a new architectural method at the time) ; it is decorated by ten relief pannels with superfine outlines representing key moments of Marseille’s history, csuch as its foundation, beginning of the Crusades, Provence attached to France…

A weird artefact attracts attention: a barometer laid down on the first floor gallery ! It took the place of Napoléon III statue, which was beheaded after Sedan’s defeat by the angry crowd. Its head paraded around the town… 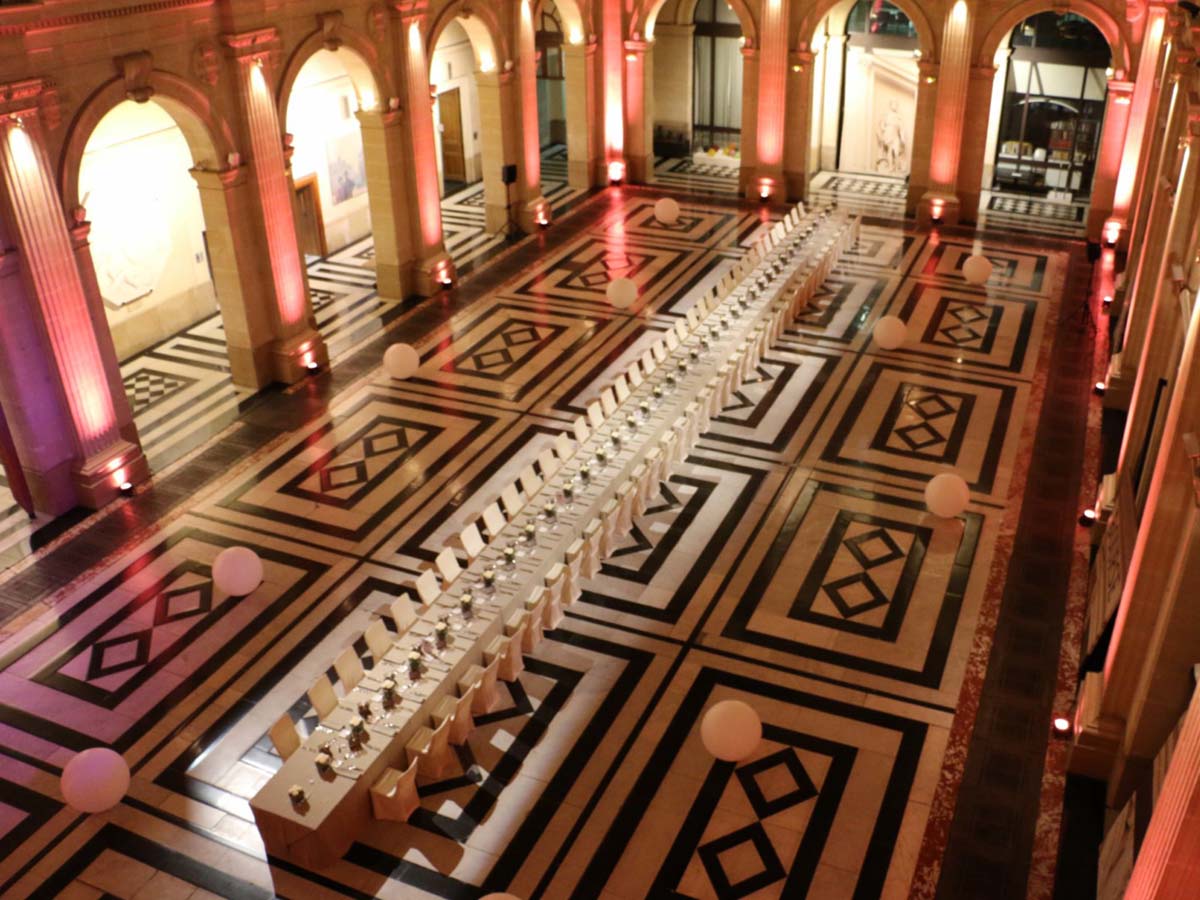 In front of the Palais de la Bourse the King of Yugoslavia, Alexander 1st and the Foreign Minister Louis Barthou were assassinated on the 9th of Octobre 1934.

The beauty of the building was temporarly damaged as the German managed, on the 24th of August 1944, to hit it with mortar bombs from the Vierge de la Garde. A terrible fire then destroyed the archives and a flood inondation damaged the ceiling of the hall of honor. The clock in the center of the facade was also seriously damaged.

After the war, in 1946, the Musée de la Marine et de l’Economie (Economy and Navy museum) stelled on the ground floor. The Chambre de Commerce is a place of work. Only the lower part and the library are opened to the public. But all the building can be visited during the « Journées Européennes du Patrimoine”. Bi grooms are used for exhibitions, seminaries, culture, art and ceremonial duties.

The historical Archives are open for research since 1913.