The wine of Provence : Red, Rosé or white ?

The vine in Provence offers many combinations between grape varieties and terroirs. From a classification extremely confused (and sometimes irrelevant) great wine of the three colors emerge. 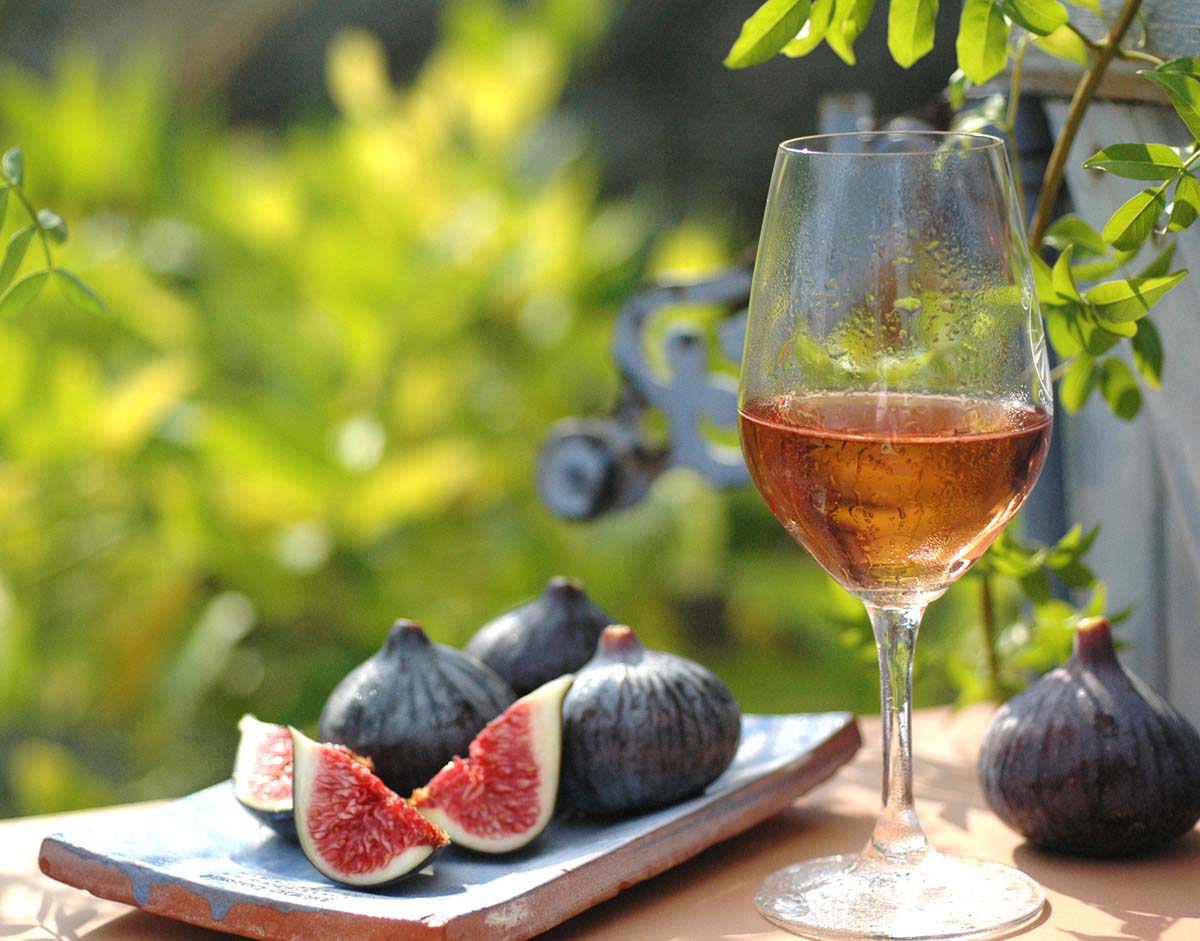 The Provençal soils are a complex mosaic , with a rugged relief. In general, siliceous soils favor  refined and floral notes, clay gives wines greater depth and shapes, and limestone induces roundness and suppleness. Main varieties and secondary one shad to be chosen to achieve harmonious blends (regulated according to the designations). The aim was to counter the excess of the Mediteranean climate, under which each grape variety brings its qualities as well as its shortcomings. A wine from only one grape variety is rarely perfectly balanced – even if there are wonderful  varietal wines in Provence (classified as “Vins de pays” = local wines).

Amongst the red main grape varieties, the grenache brings a solid shape, the cinsault, subtle aromas, the syrah, silky tannins, the mourvèdre, solid polyphenols... They are accompanied by secondary varieties according to the region (carignan, cabernet-sauvignon, cabernet franc, counoise, calitor, castet…).

For the white wines, there are the rolle (which is at the origin of the reputation of the Bellet), the white ugni (acid and rustic), the clairette (remarkable in delicacy), the white grenache and the marsanne (in Cassis) ; the secondary vaieties are the bourboulenc (late and with a high alcohol content), the sémillon, the sauvignon or the muscats (in Palette).

The wine of Provence fall into 8 designations. The regional AOC are the Côtes-de-Provence (the wider one from Toulon to Draguignan), the Coteaux d’Aix-en-Provence and Coteaux-varois. The  Baux-de-Provence are a sub-regional AOC. 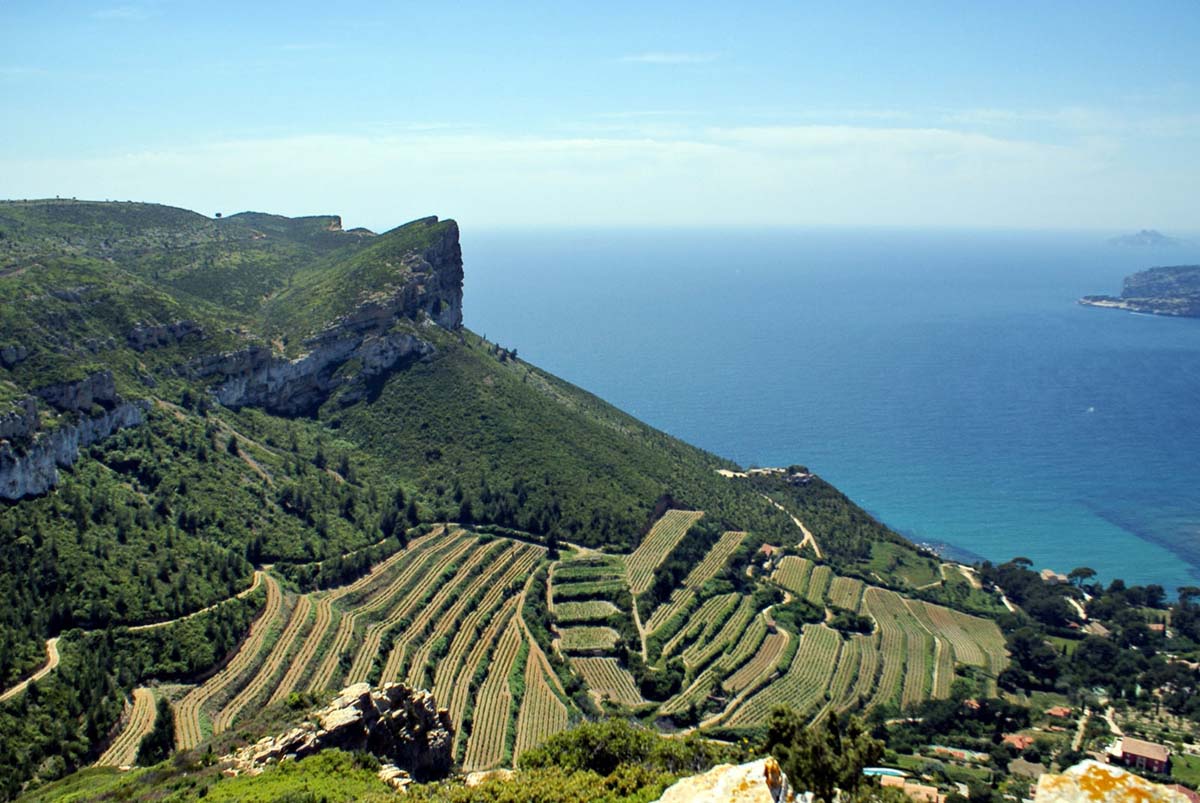 The 4 municipal AOC are Bellet (in Nice), Bandol (with its terraced plots, the restanques, and its very specific terroir), Cassis (in an amphitheatre facing the sea) and Palette (nestled in a small circus at the edge of Aix-en-Provence).

The Côtes de Provence (more than 20 000 ha) have a very complicated geological constitution.

To simplify things, thirteen grape varieties are authorized... 84 % of rosé, 12 % of red and 4 % of white wine are produced.

The rosés, either soft or nervous, present a vigorous bouquet and a wide range of aromas. The red are either soft or fruity, strong, generous, vigorous or even rustic (and sometimes need to get old for a decade). The white are soft on the seaside and firm at the north, dry, shaped, fruity or with floral aromas.

The Coteaux d’Aix-en-Provence (4 180 ha) produce 65 % of rosés, 30 % of red and 5 % of white. The grenache is the most used grape variety ; the mourvèdre, the cinsault, the syrah, the counoise, the cabernet sauvignon and the carignan can also be used.

The rosés are light, fruity and pleasant. The red are firm and strong, balanced and with suppled tannins. the Coteaux varois (2 155 ha) give 80 % of rosés, 17 % of red and 3 % of white. Grenache, syrah and cinsault prevail. The rosés are fruity, the red are strong and rustic. The Baux-de-Provence (332 ha) produce 80 % of red and 20 % of rosé. The production rules were refined (outpu lower than the AOC Coteaux d’Aix, growth of a minimum of 12 months for the red) and the vine population is better defined (syrah and grenache with mourvèdre).

That gives red wines which are both strong and delicate, generous and very aromatic, and rosés  are shaped and deep. Bellet (40 ha) is particular as it has specific grape varieties. The folle noire (fuella nera = black mad lady) and the braquet give red (35 % of the production) superb and original, strong and typical.

The white wines (40 % of the production), are aromatic, and owe the rolle their elegant floral bouquet (linden) and fruity (citronnella). As for the rosés, they are shaped, deep and silky, their aromas come from the (broom and rosewood) braquet. In Bandol (1 489 ha) the best adequacy between a varietal and a terroir is found.

The red wines (30 % of the production) are made of at least 50 % mourvèdre (it is sometimes 90, and even 100 %) : it is the only designation in France where that grape variety is dominant. The growth lasts at least 18 months in in oaks barrels. The mourvèdre, has optimal conditions on these pebble chalky clay soils to grow, it will be strong and get a good tannic structure. If its proportion reaches 80 %, the wine will have to wait for ten years and will evolve for 15 or 20 years. It is a strong red wine, tannic and full-bodied, with strong blackcurrant aromas, spiced with animal and meat notes.

The white wines (90 % of marsanne and clairette, are famous, flavorful and heady, they are round and fresh ; the best ones are fat and very long aftertaste.

Palette (42 ha), produces 40 % of red, 40 % of white and 20 % of rosé. 25 different grape varieties are cultivated here. It gives reds that laid down for a long time, rugged and fleshy. Rosés are  shaped and fruity, scented white that combine finesse and roundness – they are the best kind of clairette.

The pluralism of styles of the coteaux d’Aix

The coteaux of Aix-en-Provence, with 3 500 ha, cover a wide diversity of soils, from the Alpilles to the Durance valley. Soils are made of clay-limestone and gravels on one hand and sandy and gravely soils on another hand and finally they are pebbly in a loamy sand or clayey matrix.
However, the geological criterion is less important than the altitude of the growing plots (some of them are situated at an altitude of 300 or 400 m), and the differences of maturation it implies. Here 55 % of rosés, 40 % of red and 5 % of white are produced. The main red grape variety is the grenache ; syrah, cinsault, mourvèdre and counoise are limited to 40 %; carignan and cabernet-sauvignon are limited to 30 %. The white grape varieties are the bourboulenc, the vermentino, the clairette and the white grenache, limited at 70 %, and the white ugni, limited at 40 %.

Vast vineyard without a common denominator, the Côtes de Provence need a minimal of technical knowledge to be understood.

There is indeed no coherence in this vast mosaic of terroirs of 20 000 ha, covering 6 distinct areas, none of them bordering the other. Three completely different types of soils  can be found and the altitude can vary like in the Coteaux-d’Aix. The red wines and the rosés are made of grenache, cinsault, mourvèdre, syrah, cabernet-sauvignon and tibouren. The white are made of rolle,  sémillon, clairette and whire ugni. The red are soft, fleshy and warm. The white are fresh and very aromatic.

The rosés, fresh and subtle, mellow and complex, are the best ambassadors of the designation. 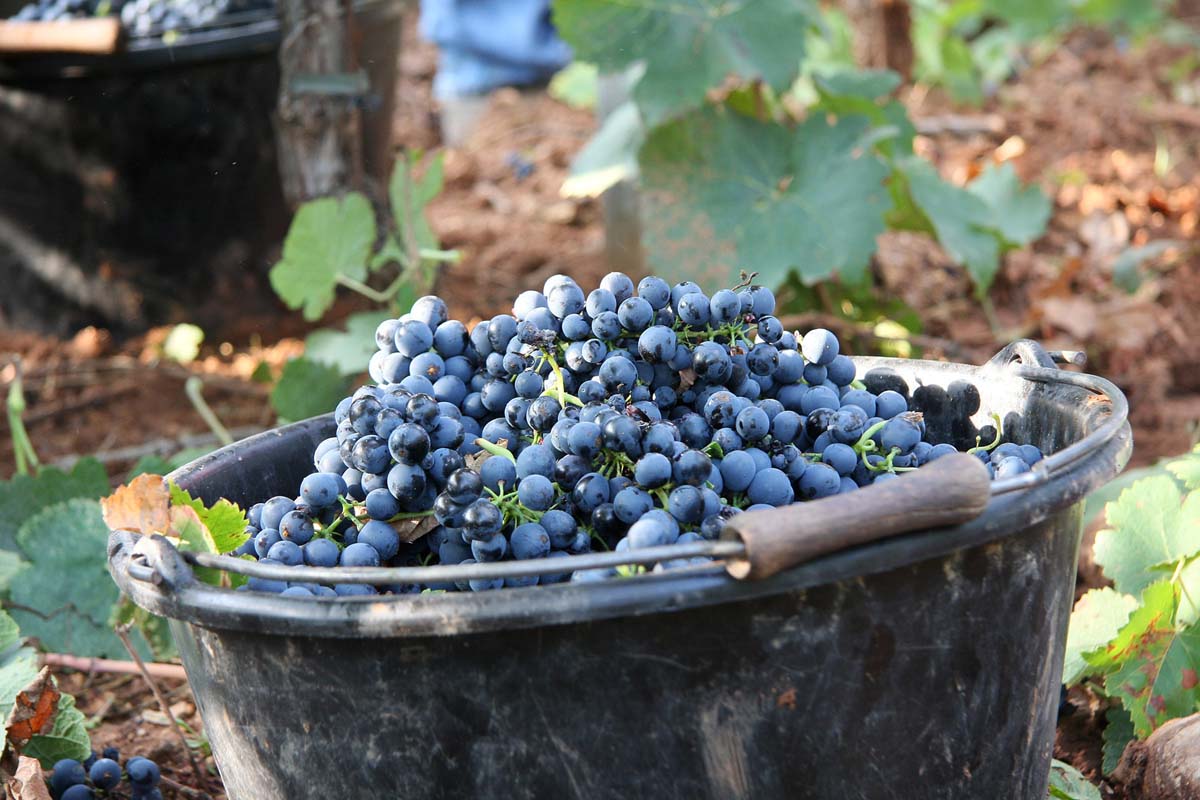 Bandol : the fief of the mourvèdre

Bandol produces 60 % of rosé, 30 % of red and 10 % of white. The rosés are very famous (guard rosés and gastronomy rosé), but the red are even more famous.

In Bandol the mourvèdre, rough vine, is at its natural best.

The mourvèdre ripens late, it needs maximum sunshine as well as a very strong air and soil humidity to soften its tannic power.

Such conditions can only be found in Bandol, in its 1500 ha vineyard layered on its beautiful  restanques. The decree of AOC imposes a minimum of 50 % of mourvèdre in red wines, the winemakers go up to 60 %, 70 %, 80 % or more for wines for aging. The bigger this proportion is, the stronger the wine will be. It will be full-bodied, tannic and suitable for ageing. At time goes by, it develops a high level of aromatic richness (tertiary notes of venison, of meat juice, of cinnamon and licorice, of spices and pepper, of garrigue, leather and truffle…). In the mouth it is full-bodied and rounded, smooth, velvety-textured and hedonistic.

The vineyard of the Bellet is one of the oldest in France and it was planted as Marseille was founded by the Phoceans.

The beginning of the 19th century was the most thriving period for this vineyard as it covered more than 1000 Ha.

It was endangered several times. But the courage of the winemakers, attached to their local wine, was to be rewarded by the "Appellation d'Origine

Contrôlée" (A.O.C) label given to the wine of Bellet in 1941. The designation covers 650 Ha, 50 Ha are being exploited on the slopes in the Alpine foothills, at an altitude of 200 to 300 meters, situated on the territory of the commune of Nice, in the Alpes-Maritimes Department.

The grapevine are planted in narrow planks called "Restanques". They are made of pebbles mixed with clear sand (Poudingue) with clayey veins. For white wines the Rolle grape variety is used at  90%. For red wines the Folle Noire and the Braquet are the most used grape varieties. The average yield is 40 Hl/Ha for these sun-filled wines.