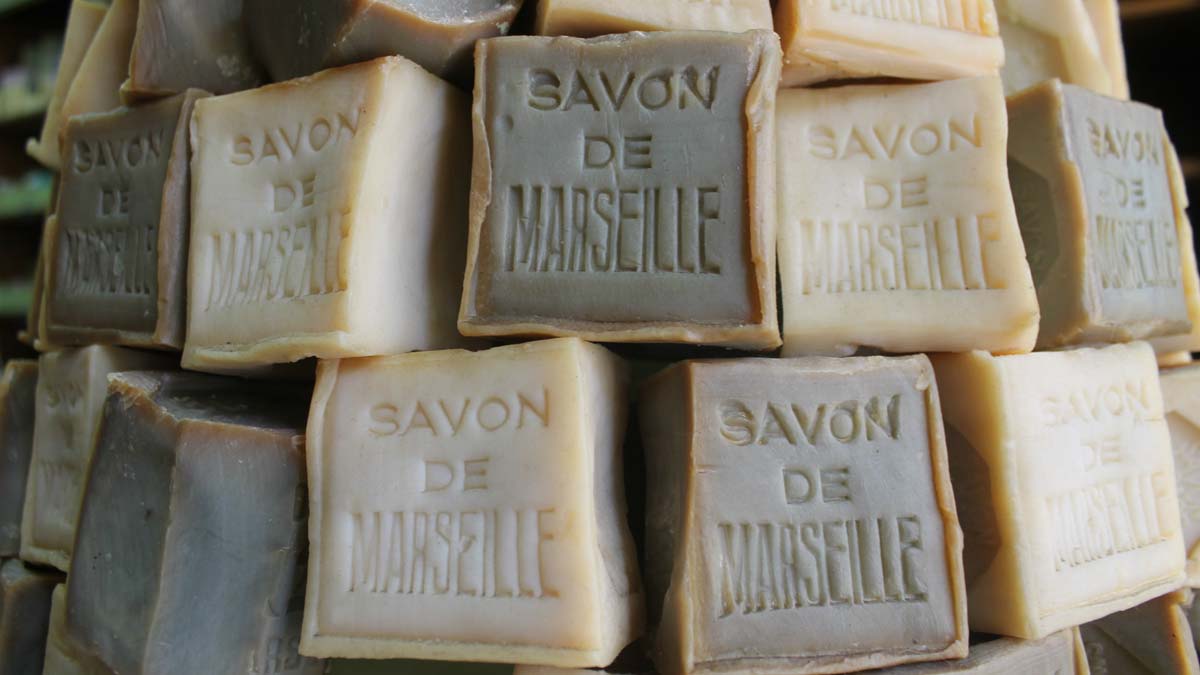 In the cosmetic area, despite the creativy of professionals, the savon de Marseille lingers in the memories knows a new craze. 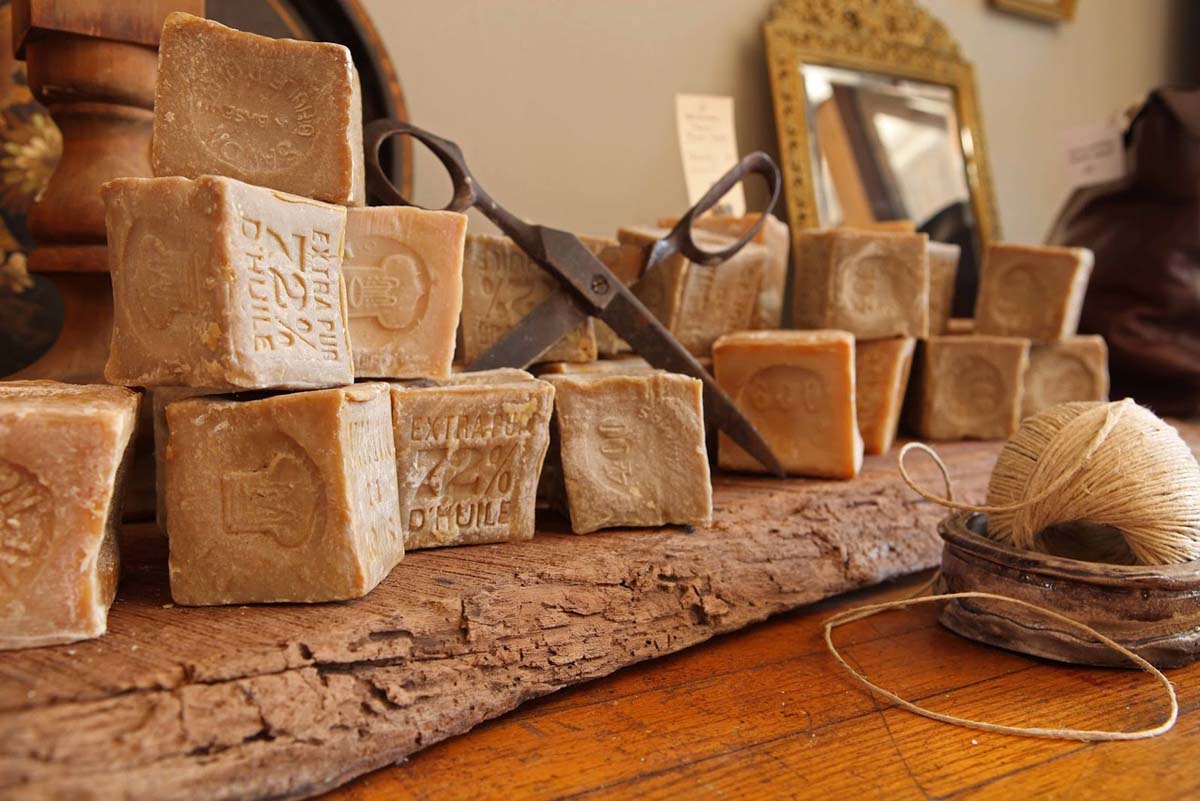 The quality of Marseilles production is such that under Louis the 14th, the expression « savon de Marseille » entered everyday speech, it is the consecration of a know-how.

Confirming this huge success, the Colbert Decree regulates its manufacturing. According to the 3rd article of this Decree : « To produce soap, lye, ash, grease and butter are forbidden ; only pure olive oil, and no grease mixing are allowed, under penalty of confiscation of goods ».

This law creates the genuine Marseilles soap. Napoleon 1st will give the genuine marseilles soap fabricated in Marseille a specific trademark : the pentagone. It was to avoid confusion as soap-makers start to settle all over Provence ; in Salon, Toulon or Arles, especially from 1825 thanks to the development of  importations of colonial oleaginous (palm, peanut…).

At the beginning of the 20th century, Marseille produced half of French soaps. After the second World War, detergents are taking the daily households chores by storm and the soap declines. However a real product never dies… 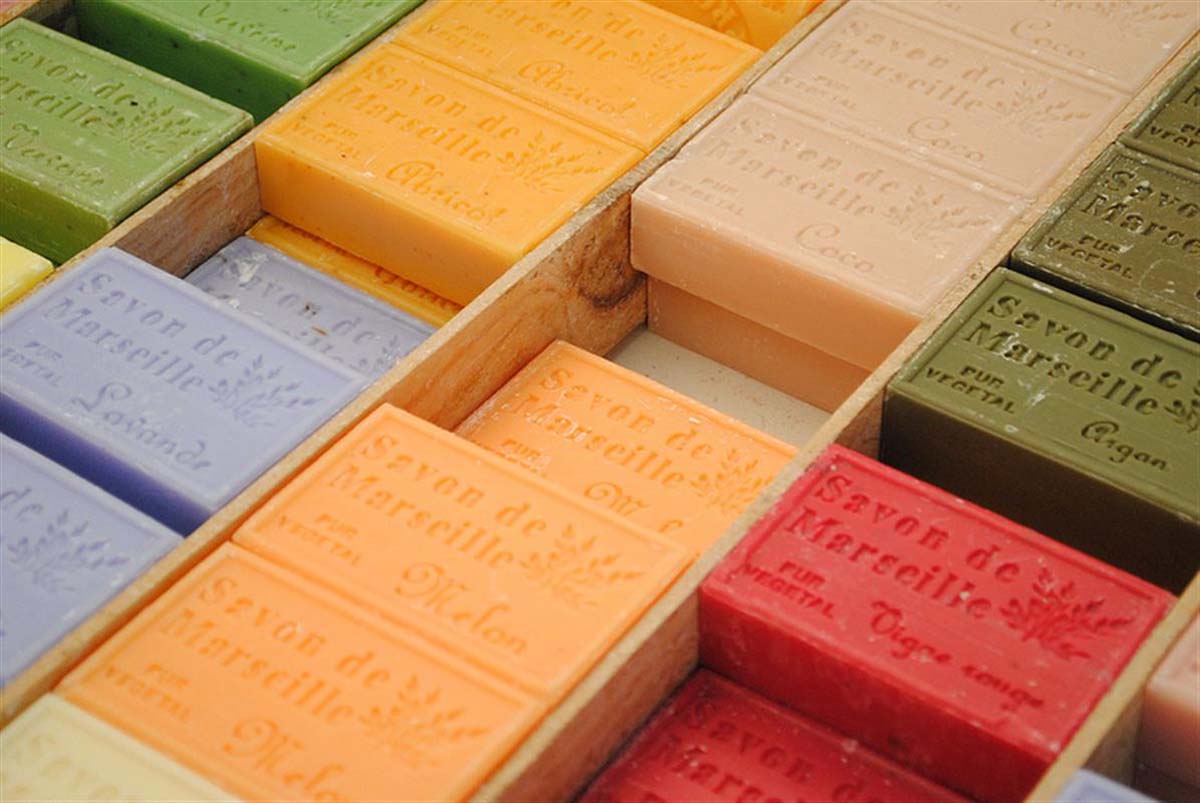 The savon de Marseille, an object of seduction

The savon de Marseille is an authentic product  manufactured according to a traditional recipe. It is a sure value in today’s world sensitive to products composition and environmental protection. It is not anymore the soap to be used to wash their laundry, the consumer perceives it to be a contemporary, simple and playful object.

« Le bon gros cube de Marseille » (the big block from Marseille) has crossed the ages keeping its identity thanks to many innovations, including the evolution of its fabrication now cosmetic, of its shapes and its packaging.

There are today four soap-makers* in Marseille, each has its own specificity. They are very vigilant on the quality of their vegetable raw materials. They still produce savon de Marseille with olive oil and want to be part of the town heritage.

Cooked in a caldron, based on 100% vegetable oils, the savon de Marseille is pure and natural. Biodegradable, it is environmental friendly. Hypoallergenic, it cares for the skin. « Ancestral » product, it is also a product of the future which meets the requirements of sustainable development.