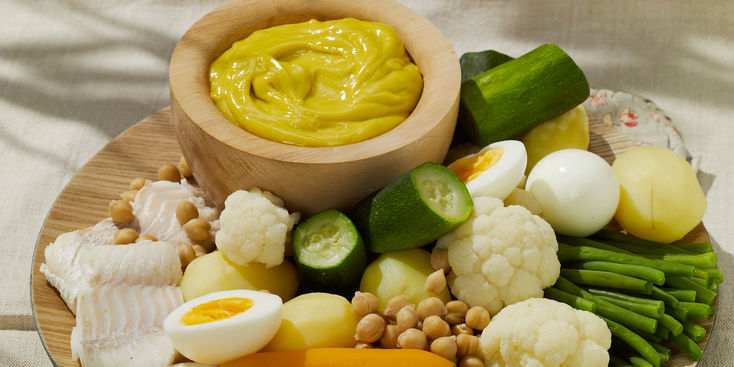 It loves fish and shines in its creativity. Roasted of with sauce, with fennel or a dash of olive oil, the specialties are amazing by their tastes. 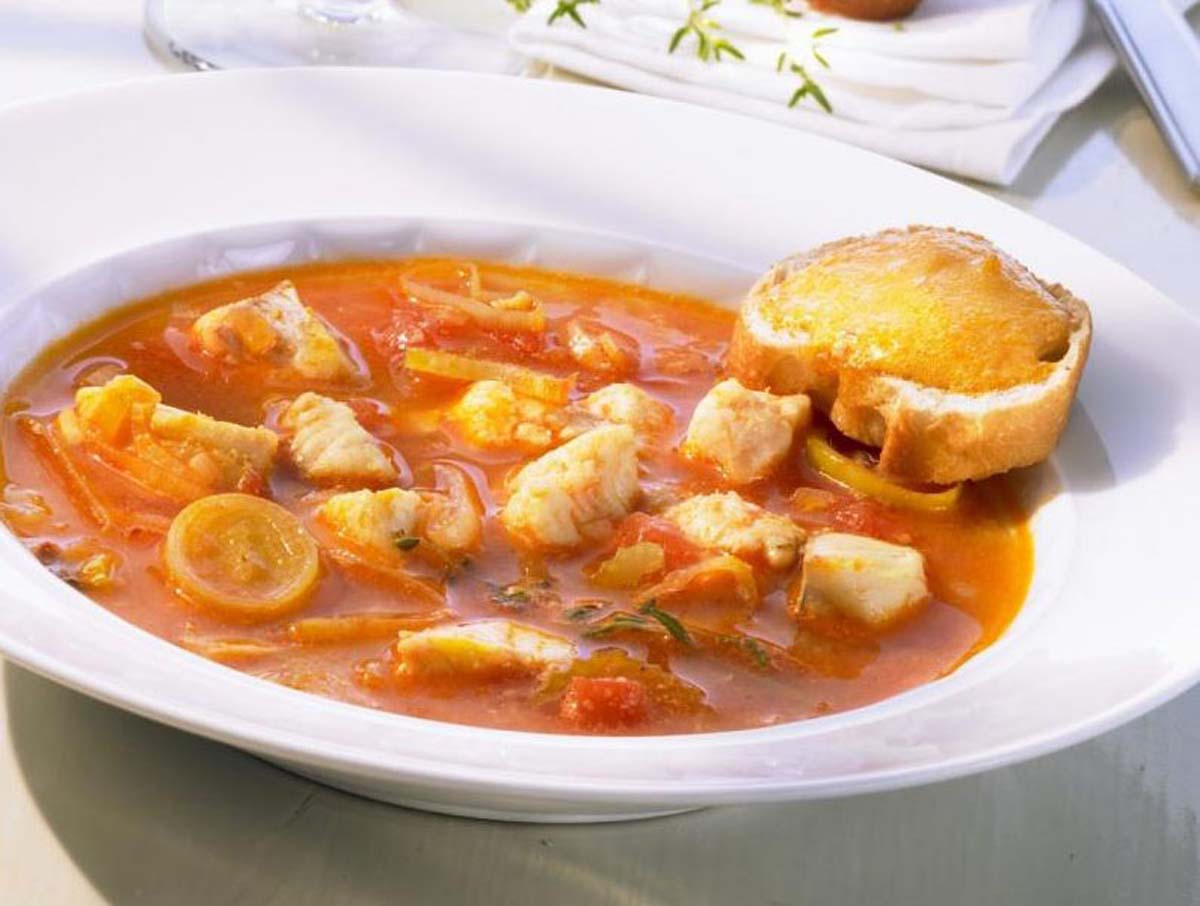 According to a well-known expression in Marseille : « Fishes live in water and die in olive oil ». The bouillabaisse was originally a popular dish for the family of fishermen who used the fish they didn’t sell. Today the bouillabaisse has become a real culinary institution, it has to follow a quality charter and contains only noble fishes, like anglerfish or shellfish.

Many varieties are necessary for this dish to be a success. Once boiled and turned brown in olive oil, they will be served with rust, potatoes and croutons. There are various type of bouillabaisse, for example with cuttlefish in Martigues, but the original recipe can be found in Marseille.

The bouillabaisse was called after an anecdote : During cooking the dish, the family’s youngest child had to check the fire. Instructions were simple « quand ça bouille, abaisse (le feu)» (when it boils, turn down the fire) to avoid the fish to flake !

They are sheep stomachs cut into squares to create small bundles, filled with petit salé, garlic and parsley seasoned with white wine. The smaller the bundlers are, the better the cook is, as this work is meticulous and delicate.
In 1993, an association « La Charte des pieds et paquets marseillais » was created by  restaurant managers and personalities to prove the seriousness and the quality of this original recipe to be tasted absolutely.

The aïoli (the garlic mayonnaise)

Ideal for evenings after a hot summer afternoon, this soup is composed of brunoise of vegetables (small cubes of vegetables) : potatoes, white and red beans, courgettes, carots et oinions. Its unforgettable taste is due to tomato, garlic and basil which are added. What more can I say ? To be enjoyed « without moderation » ! 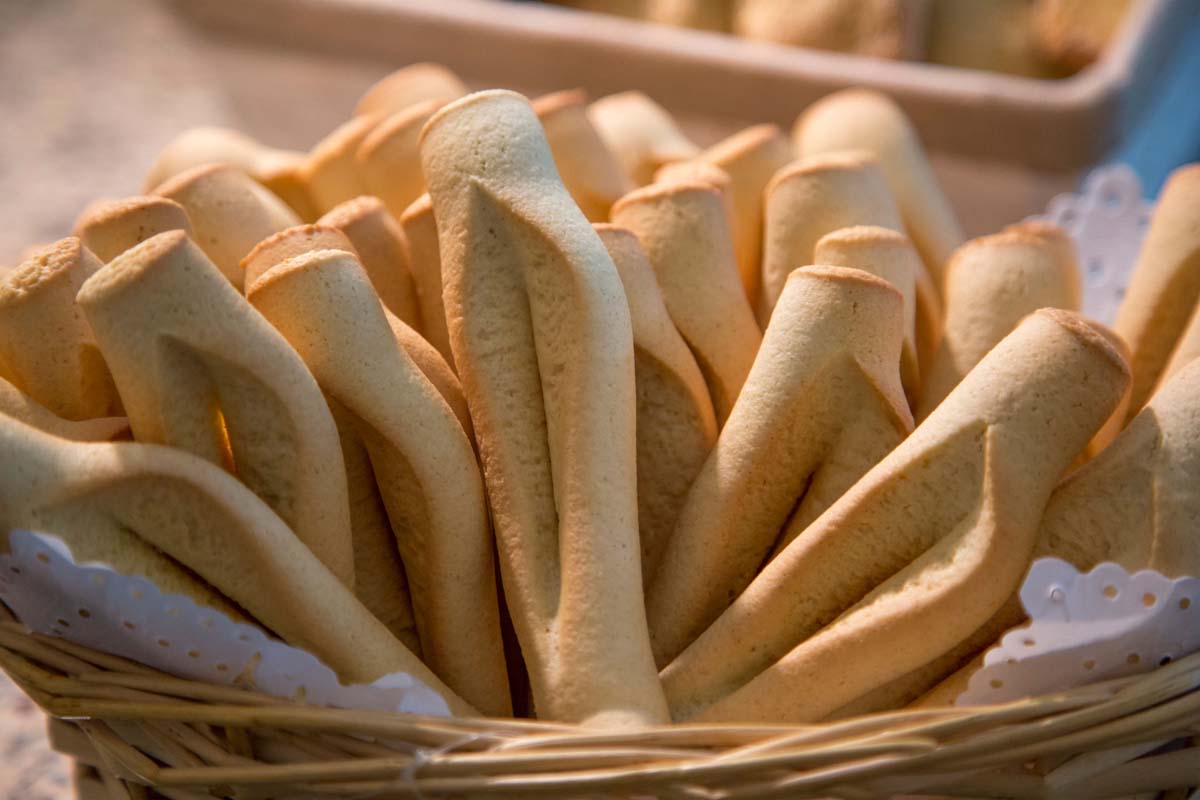 These pastries are generally made for Candlemas in Marseille. Originally created for celebrations  in the Saint Victor Abbey, next to the « Four des Navettes », the latter preciously keeps these biscuits fabrication secrete. The legend says they symbolize a rowboat. For some, it is the statue of the Virgin shipwrecked on the shores of the Lacydon was a sign of the destiny and protective sign.
For others, the navette represents « Notre Dame du feu Nouveau » or the « la Vierge Protectrice des Gens de la mer »

Mister Aveyrous, founder of the Four in 1781, gave this biscuit its  orange blossom flavor and its shape ...It was an immediate success  and it still is. 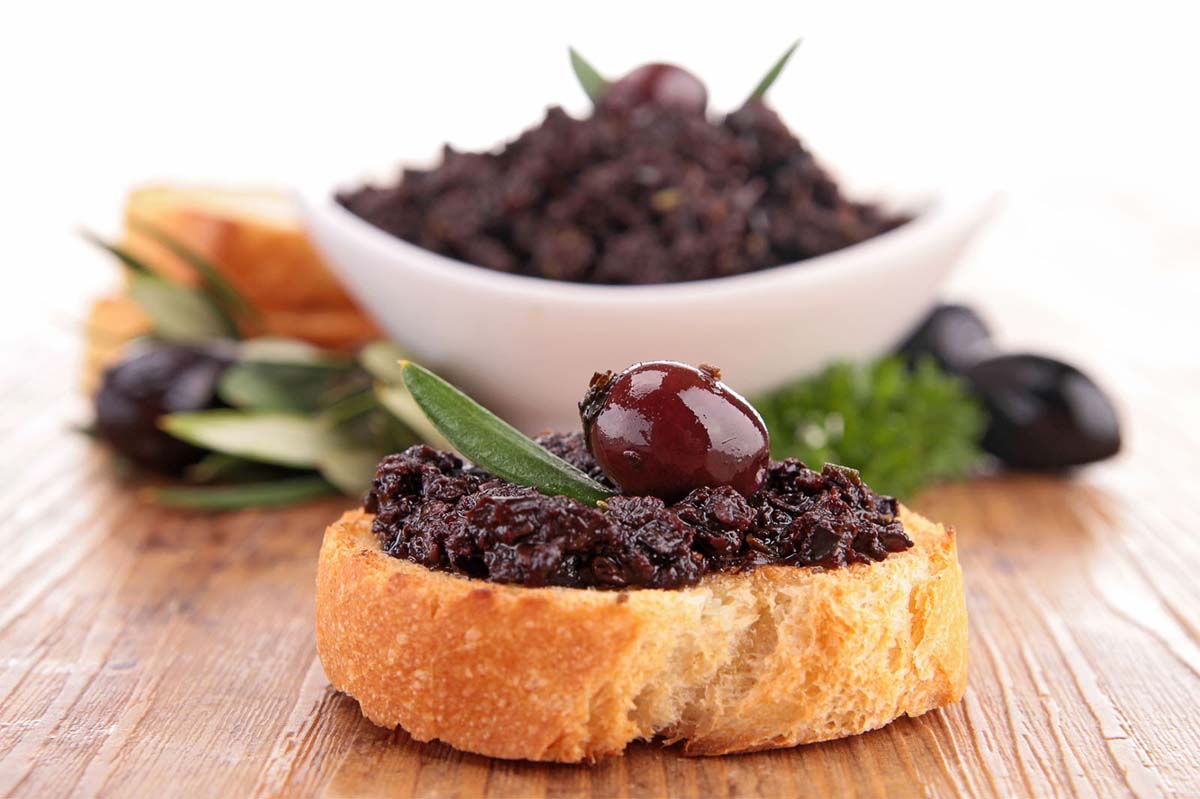 The tapenade is a typically Provençal recipe, puree essentially constituted of mashed olives, anchovies and obliviously of tapena (capers in Occitan). It can be eaten on a canapé, as an aperitif or simply spread on bread or a dip for raw vegetables. It can also be a stuffing for poultry and meat.

Anchovy plays a large role in Provençal cuisine. Since the Middle Ages, anchovy stood on the best tables in Provence. Consumed fresh, it was the gourmet’s delight, salted, it was an ingredient of choice to cook. Some fishing ports were specialized in anchovy.
The anchoïade is a typically Provençal sauce made with anchovy fillets. It is really easy to prepare and success is guaranteed. To prepare it, put garlic, parsley and desalinated anchovy fillets  in a mortar and grind them to a paste. Then add olive oil, squashed garlic, anchovy and parsley and mix with a whisk. You can spread it on a toasted slice of bread or use it as a dip, it is absolutely delicious…

Genuine Provençal specialty, it was invented by the peasants’ wives  who have become masters of the art of « accomoder les restes » (making the most of the leftovers), the small “farçis” are small seasonal vegetables stuffed with meat.  A nice and hearty dish.
Eaten cold for appetizer or hot as a main course. Any meat can be used : beef, pork, veal… In the stuffing, anything can be used as well, each family has its secret recipe. It is a matter of taste : with or without breadcrumbs, with rice, it can be seasoned with any spice.
The so-called classic recipe is made with eggs, garlic, parsley, onions and breadcrumbs soaked in milk and well strained. Cut the upper part of the peppers, tomatoes and courgettes,  hollow them out and fill them. For cooking length and heating, rely on your eye and your nose… 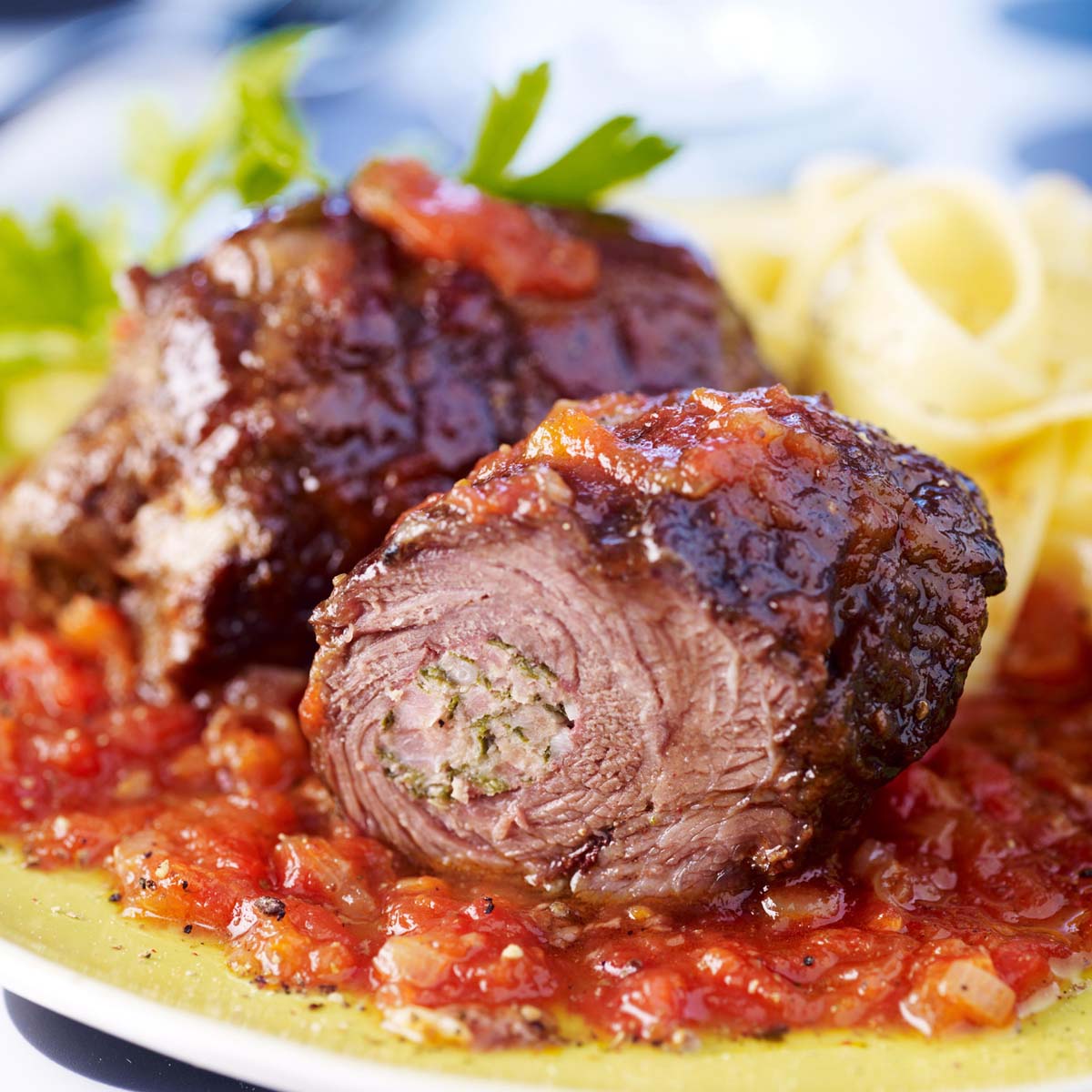 It is not about birds here but snuggled slices of beef.
To be eaten with fresh pastas and a spiced tomato sauce, the fillings are different in every house or village. The shoulder butt should be cut in  thin scallops lengthwise.

This very simple recipe invented in the hinterland is now one of the stars of the Marseille gastronomy.