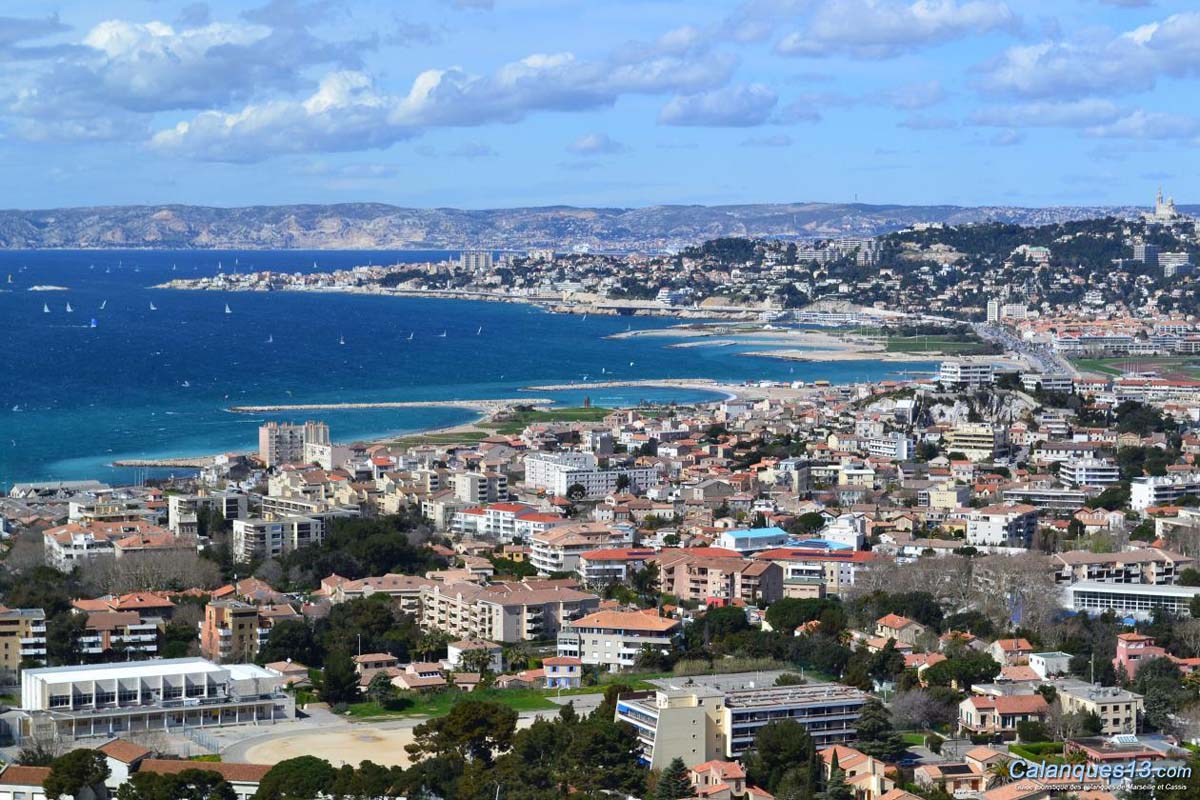 Marseille is a commune in south-eastern France, principal town of the Bouches-du-Rhône county and of the Provence-Alpes-Côte d'Azur region. 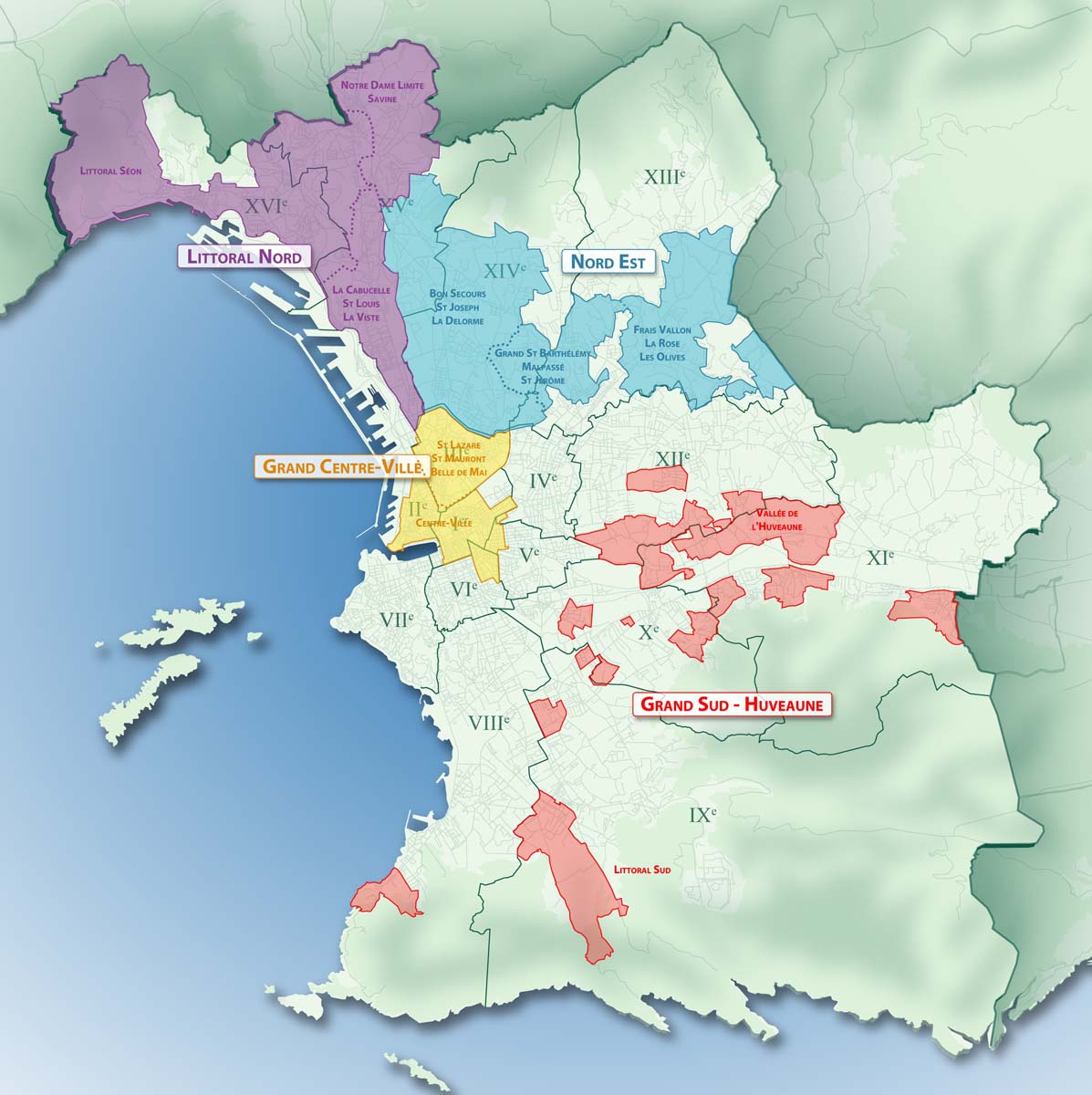 In 2013, Marseille is, in terms of population, the second town in France with 855 393 inhabitants and the third conglomeration with 1 565 879 inhabitants. Since January, 1st 2016, Marseille is the seat of the Aix-Marseille-Provence metropolis, which is the French second most important with more than 1,8 million inhabitants. Its urban area is the third one in France after Paris and Lyon.

Marseille is the oldest city in France, founded under the name Μασσαλία (Massalía) around 600 BC by Greek sailors from Phocaea, Marseille is an important passage for commerce and opportunity since ancient times. It was given a significant commercial boost during the 19th century and became a thriving industrial and commercial city.

Legacy from the past, The Grand port maritime de Marseille (GPMM – the maritime port of Marseille) and the maritime economy are still major hubs of regional and national activity. By the way, Marseille the first French port, the second Mediterranean port and the fifth European port.

Marseille’s opening to the Mediterranean Sea makes it a cosmopolitan city eager to have economic and cultural exchanges with Southern Europe, Middle-East, Northern Africa and Asia. It is in fact often considered to be the « Gateway of the Orient ».

Marseille’s geographical situation allows it to benefit from a typically Mediterranean climate. The town enjoys more than 2 800 hours of sun a year, this exceptional sunshine duration is due to the mistral, cold and dry wind which blows around 93 days a year. With approximatively 515 mm of rainfall per year and 57 rainy days, (39 with 2,5 mm) ––mainly in fall/winter.

The Pomègues Island, in the Port of Marseille is the driest place in France with less than 300 mm per year. The average temperature in Marseille is 15,5 °C (59°F).

With 57 kilometres of coastline, 24 km of which being calanques, Marseille is clearly opened to the sea.

Marseille’s calanques stretch over 20 kilometres of Mediterranean coasts between the village « des Goudes », just south-west of the city and Cassis. It is one of France most remarkable place and a major area for natural resources and sports activities. There are a million annual visitors in the calanques.

After a process started in 1999, a National Parc of the calanques was created in 2012, in order to protect the natural heritage offshore and inland. It brings toghether 11 100 hectares of land, between Marseille, Cassis and La Ciotat and 141 300 hectares offshore. It is the first European periurban national park.

Marseille has also approximatively a hundred diving sites, the most renowned being the Riou and the Frioul Archipelago and the Planier Island.

The Huveaune and its affluent « le Jarret », under the urban part of the city, as well as « la Caravelle” in the Aygalades, are the main watercourses crossing Marseille. The Huveaune and « la Caravelle » are low flow coastal rivers. The hydrographic network of the city and its basin is typical of the Mediterranean environment: low flow but flood if heavy rainfall events. Water is canalized, from the very source of these watercourses and irrigates the entire basin. Marseille’s watercourses are refilled by the overflow of the canal of Marseille.

The Huveaune, is diverted towards Marseille’s city’s sewage just after the point where it meets the « Jarret » as its outlets polluted the beaches. The water is treated and release in the calanques, at the south of the city near the drainage-pipes at Cortiou, with serious pollution problems as it is released in a exceptional natural site.

Marseille’s water supplies are from the « canal de marseille » for 75 % (water from la Durance) anbd from the Canal de Provence for 25 % (water form the Verdon).