The land of the Var 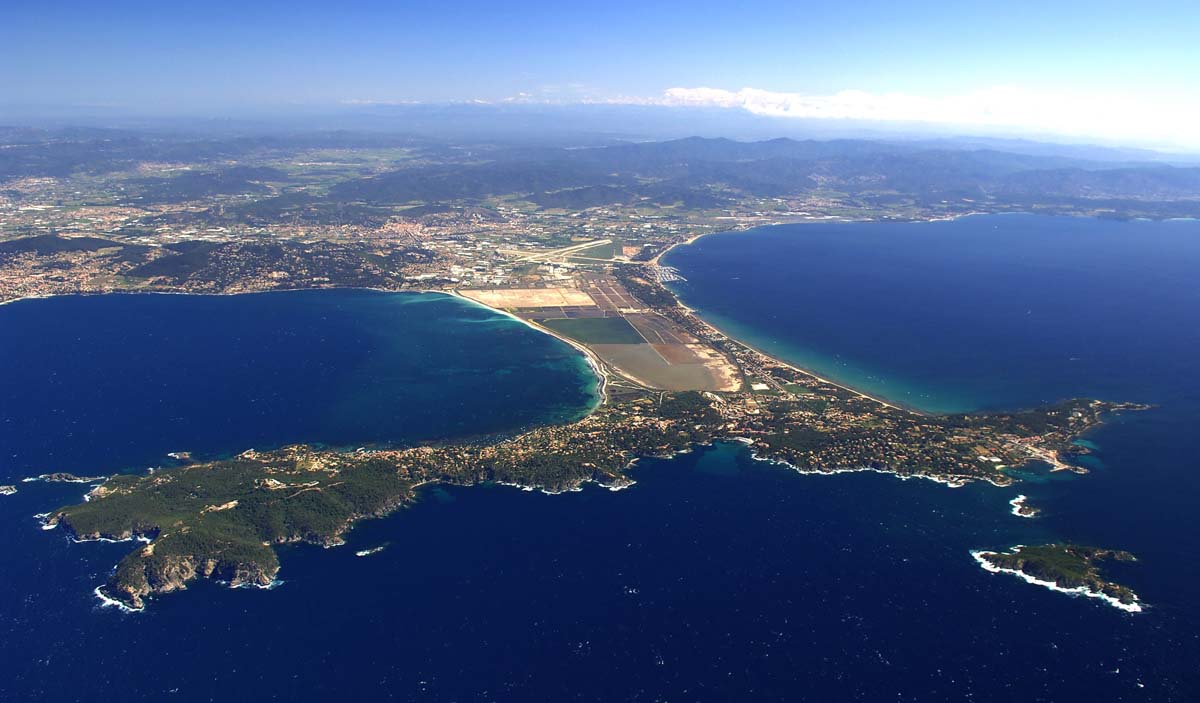 The Var is a department which is part of the Provence-Alpes-Côte d’Azur region. Recognized worldwide for its sea resorts including Saint-Tropez, it is a major tourist destination. You can visit for example the vineyards and vineries of Bandol, take a hike in the Esterel, take a boat to the island of Porquerolles or go through the natural underwater park of the Port-Cros island. The inner Provence has to be seen with its green hills, small valleys, cultivated plateaus, garrigues and scented pine hills.

Wine, fruits, vegetables, flowers, honey, thyme, olive oil… All these authentic products are the symbols of the art of living of a region that stretches out from the Adrets de l’Estérel to the Castellet, through Draguignan, Brignoles and St Maximin. We must not forget the north of the department with its villages perched on the side of hills and its majestic sites such as the Gorges of the Verdon and the lake of Sainte-Croix.

The coast of Var is dedicated to art, culture and traditions

The myth of Saint-Tropez still make dream. The village is still the place for celebrities to be seen in, and a must-see for anyone who loves the sea, history, art and for those with a keen interest in heritage.

A high standard world known events program runs all year round, contributing to build the legend of the town. But, behind the festivities, Saint-Tropez remains an authentic village, a small fishing harbor with multiple facets and infinite charms 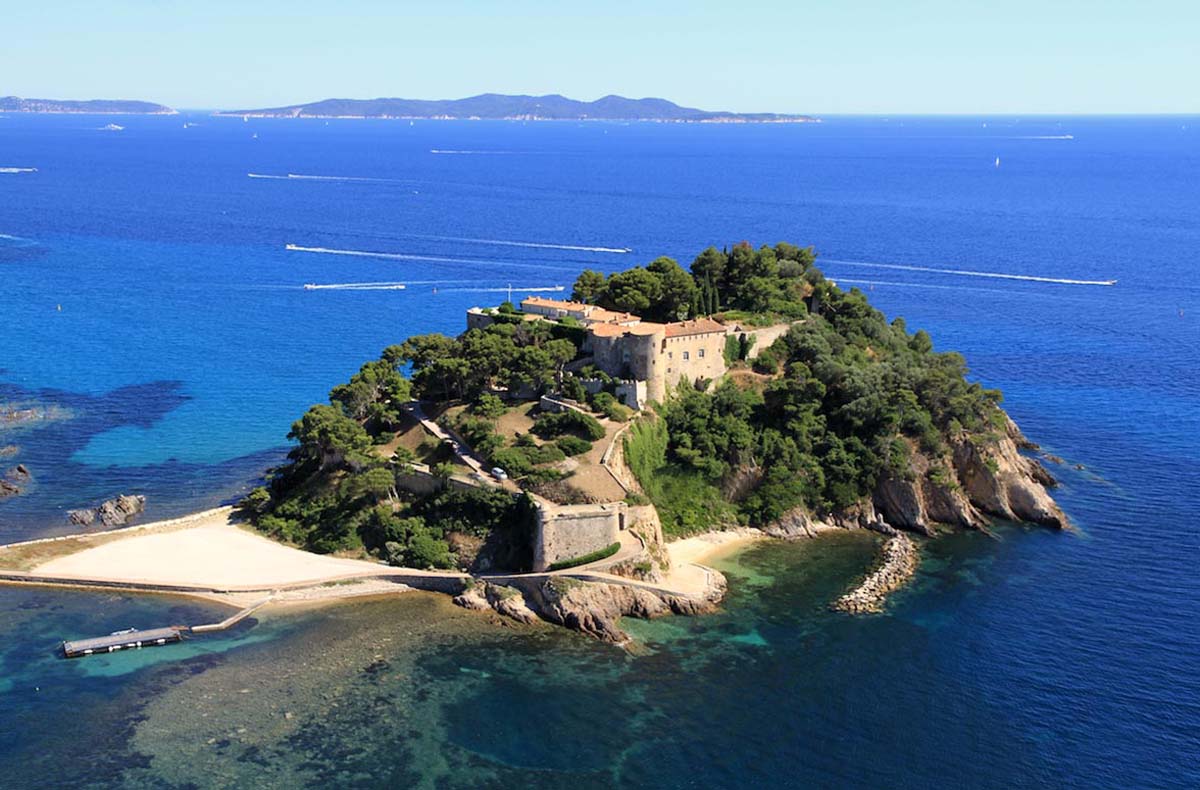 Explore its picturesque narrow streets and its provençal market where you will find food specialities and local products which are the pride of the village just like its 16th century citadelle with its famous “Musée de l’Annonciade”. The coastal path, the visit of the wine domains and the hilltop villages of Ramatuelle and Gassin are a few original ideas for an original trip.

Near Marseille, Bandol is an authentic seaside resort. Its first visitors were Marcel Pagnol, Mistinguette, Raimu and Fernandel... Bandol then became a fashionable resort town before Brigitte Bardot and Saint Tropez. Many sandy beaches, calanques and natural creeks are all part of this environment and are surrounded by hills of pines.

Bandol is a magnificient marina which welcomes more than 1500 boats of all sizes : yachts, sailing yachts, tuna seiners, trawlers…

Its beautiful seabed and crystal waters are renowned the world over.

The vineyards of Bandol are famous : the red wines are powerful but velvety, the roses are fruity and racy and the whites are full bodied and fine. Whatever colour they are, wines from Bandol are among the most famous of Southern France and its roses are said to be the best in France.

From prehistoric times, the Var Department has seen remarkable creations, proofs of a rich and busy past. Gothic churches, Romanesque abbeys, troglodytes houses, medieval castles, fortresses, Roman and Moorish vestiges are examples of an unusual history. This region is today a real showcase for Mediterranean influences. 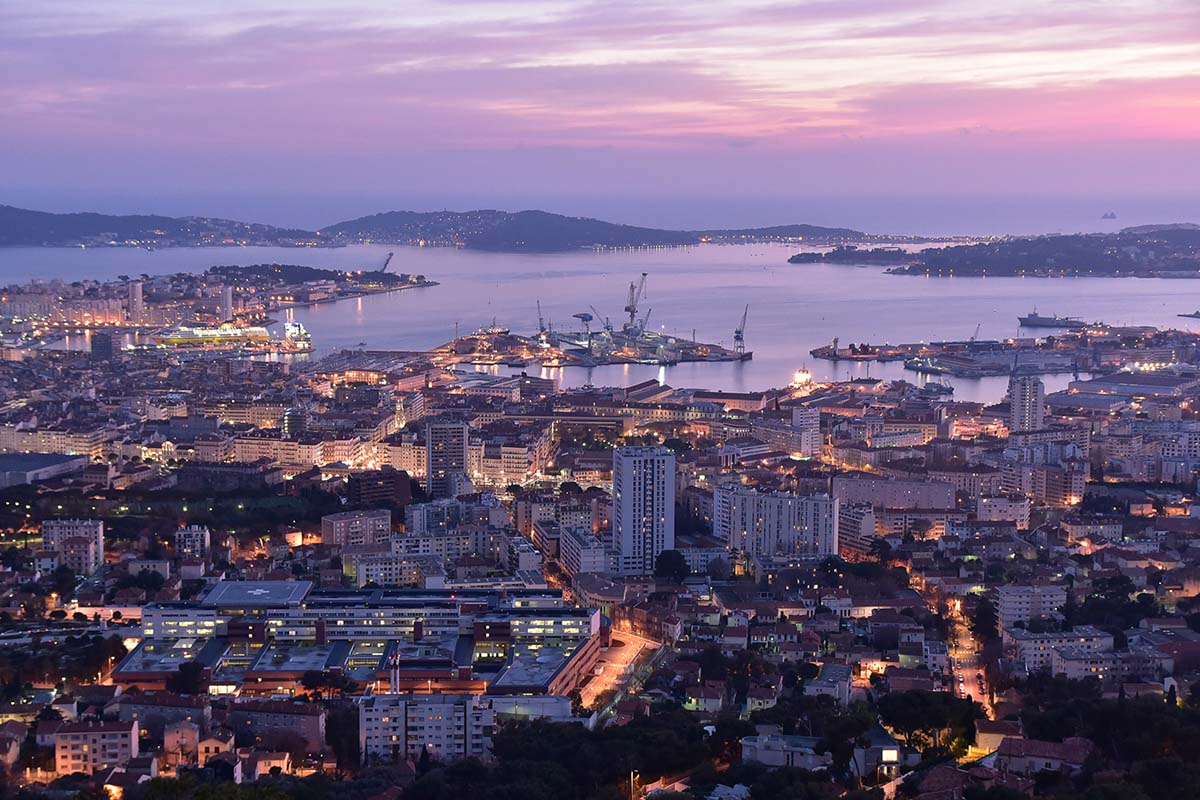 Nature lovers will enjoy visiting Hyères and its island : Porquerolles (the biggest one to be visited on your bike or on foot), the national park of the island of Port-Cros and the Levant.
In this one-of-a-kind environment, you can practise diving, leisure sailing and kitesurfing or windsurfing near Almanarre, le Kitesurf. You will easily enjoy walks along the littoral made either of rocky calanques or long sandy beaches.

The narrow streets of the medieval village and the Victorian neighbourhoods will provide the vistors with a feeling of an intense richness. Download free guided tours of Hyères in .mp3, on www.hyeres-tourismes.com

The Var facing the sea

With 450 km of coastal fronts, pine forests, hidden creeks and sandy beaches, the Var is the best ambassador of the Côte d’Azur. Fans of sun and swimming, fishing, sliding or surfing, you will be delighted ; the Var awaits you…

In addition to this exceptional coastline that stretches from one end to the other of the department, The Var offers visitors mountains each one wilder than the last. A typically Mediterranean and Provençal nature with a thousand flavors… 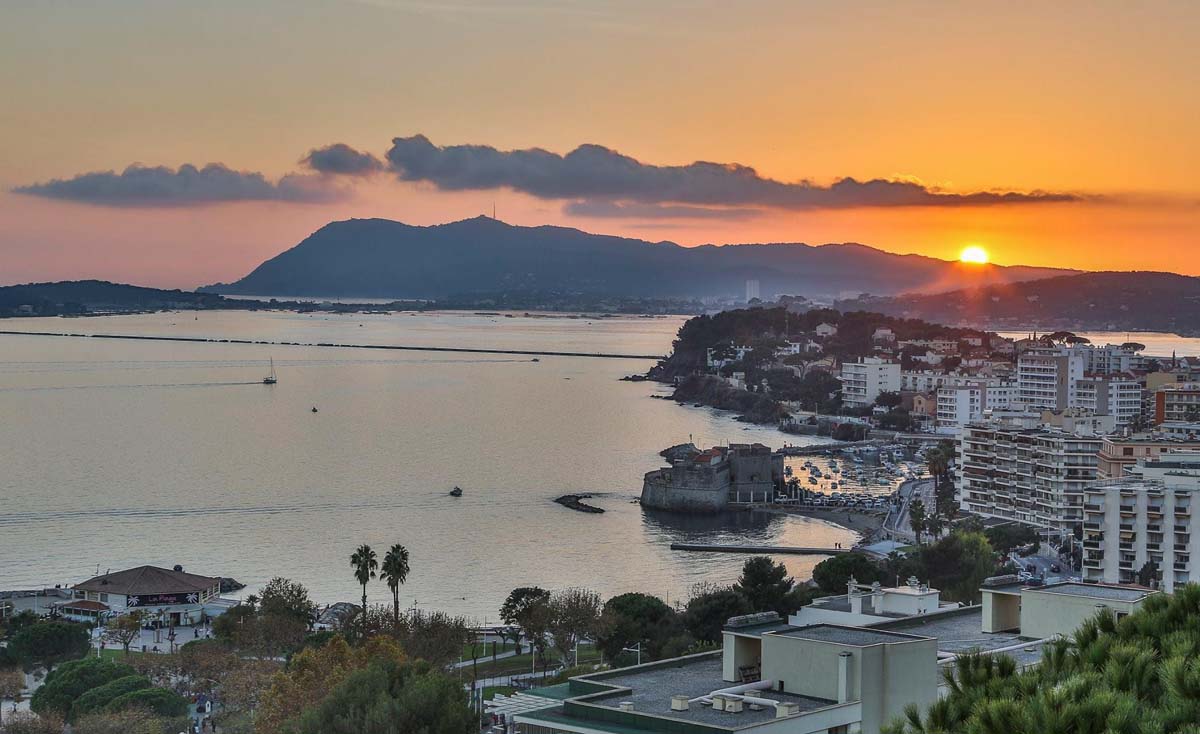 An out of time way of living

A pastis on the place des Lys in St Tropez at dusk, Ste Maxime olive oil with tapenades and anchovy, the intoxicating sound of the cicadas under the sun, the music of tambourins and galoubets, the colors of the traditional outfits, the flower-covered floats, the fragrant markets, the fruity wines… Everything is magic here.

There are 1600 km of identified tracks in this region. There are boith leisure tours or demanding trail paths which can be visited all year round. There is something to do for everyone : coastal footpaths, many trails in the « gorges du Blavet » and « gorges du Verdon », visits of the wild defer country, windsailing, waterbiking, canoeing, diving (in Port-Crau or Porquerolles in their protected natural park) or even mountain biking with your family…

So much to choose from… The Mediterranean nature is so beautiful !

The Harbour of TOULON

Toulon, Ollioules, La Seyne-sur-Mer and Saint-Mandrier-sur-Mer form one of the most beautiful port in Europe, surrounded by high limestone hills with stone pines. The sea and the mountain here complement one another perfectly.

At the entrance of the harbour there are Toulon and “le Mont Faron”. Near the horizon, over the water surface, the embankment, built by prisoners is the limit between the "Grande Rade" and the "Petite Rade".

La Seyne-sur-Mer and the « Massif du Cap Sicié » are located at the end of the harbor. From the corniche of Tamaris and its parks of mussels, the view over the military port of Toulon is simply gorgeous.

All along the coast, there are forts. Some of them can be visited, like for example the Fort Balaguier, or the powerful Tour Royale which hosts concerts,

The "Petite rade" shelters beautiful creeks and wild beaches as well as a few quaint fishing harbours like the Port du Manteau on the corniche of Tamaris. In the "Grande rade" the large beaches of the Mourillon and the fisherma, sheds in the coves of Méjean and Magaud.

The harbour can also be discovered via a panoramic view from the top of the Mont-Faron, and a commented visit of the harbour and of the navy vessels, including the Charles-de-Gaulle aircraft carrier.

Off the harbour of Hyères, they are the treasures of this coast. They are also places for pleasant excursions all year-round because of  the traces of their rich history :

The Massif des Maures stretches from Hyères to Fréjus (60 km long and 30 km wide). It is a veritable mini-mountain covering 135 000 ha, part of a vast continent which included Corsica and  Sardinia. The Hyères islands are nothing but peaks emerging from the Mediterranean sea.

« Les Maures », "Leï Mauro" in Provençal, means the black mountain. It surprises by its  roughness.

It was probably named after the dark color of its rocks and forest.

The Massif des Maures is one of the wildest and oldest region of Provence. It is famous for its chestnut groves. It looks like four low long parallel bands hiding 26 pretty villages.

The GOLFE of SAINT TROPEZ

Saint-Tropez and its bay are probably the most famous place of the 11 iconic sites in the Department of Var...

If Saint-Tropez is the more courted star in the bay, Port-Grimaud, also called the small Provençal Venice, the “Marines de Gassin” and in Cogolin, as well as Sainte-Maxime are its worthy runner ups.

Take advantage of the low season to visit the bay at your own pace, stroll down the coast and eventually relive the Bardot Years.

FREJUS, Town of Art and History

Founded on a sandstone rock dominating the plain of Argens, the roman city called Forum Julii was an important urban center. Situated on the « Aurelian Route », it was an economic and military place of great importance in the Provincia Romana.

"Town of Art and History", its roman as well as its medieval heritage and its episcopal influences  constitute a prestigious setting : arenas, aqueduct, theatre, Paleo-Christian baptistery, cathedral, cloister, former bishopric... Not forgetting to mention, of course, the military heritage and many other treasures.

This mountain made of volcanic porphyry  is situated between Saint-Raphaël (Var) and Mandelieu (Alpes-Maritimes). The rugged landscapes are grandiose : there are gorges, sheer cliffs and shredded ridged. What a striking contrast as this low mountain (Mont Vinaigre : 618 m) literally plunges into the azure Mediterranean sea.  Guaranteed magic.

The flora is rich and varied. Despite successive fires, the Alep pines, the chestnuts,  the hornbeams, fig trees and olive trees are everywhere and they live happily with palm trees, agaves, mimosas, eucalyptus, robinias and tropical plants thanks to the mild temperatures.

Crossed by many hiking paths, you can enjoy beautiful walks and cycling tours.

On the foothills of the Alpes de Haute Provence there are the 8 perched villages of the « Pays de Fayence », near Saint-Raphaël.

Natural frontier between the Var and the Alpes-de-Haute-Provence departments, the Verdon starts at the edge of the national park of Mercantour near the Col d'Allos. It crosses the Natural Park of the Verdon and meets the Durance at Cadarache (Bouches-du-Rhône).

This 170 km-long river was called after the emerald green color of its water. After Castellane (Alpes-de-Haute-Provence), it becomes a deep notch on 30 km, usually called the “Grand Canyon du Verdon”. This huge notch which depth vary from 250 and 750 m looks to be curved by Gods, but is the result of the fantastic work of erosion on the limestone plateaux of Provence.