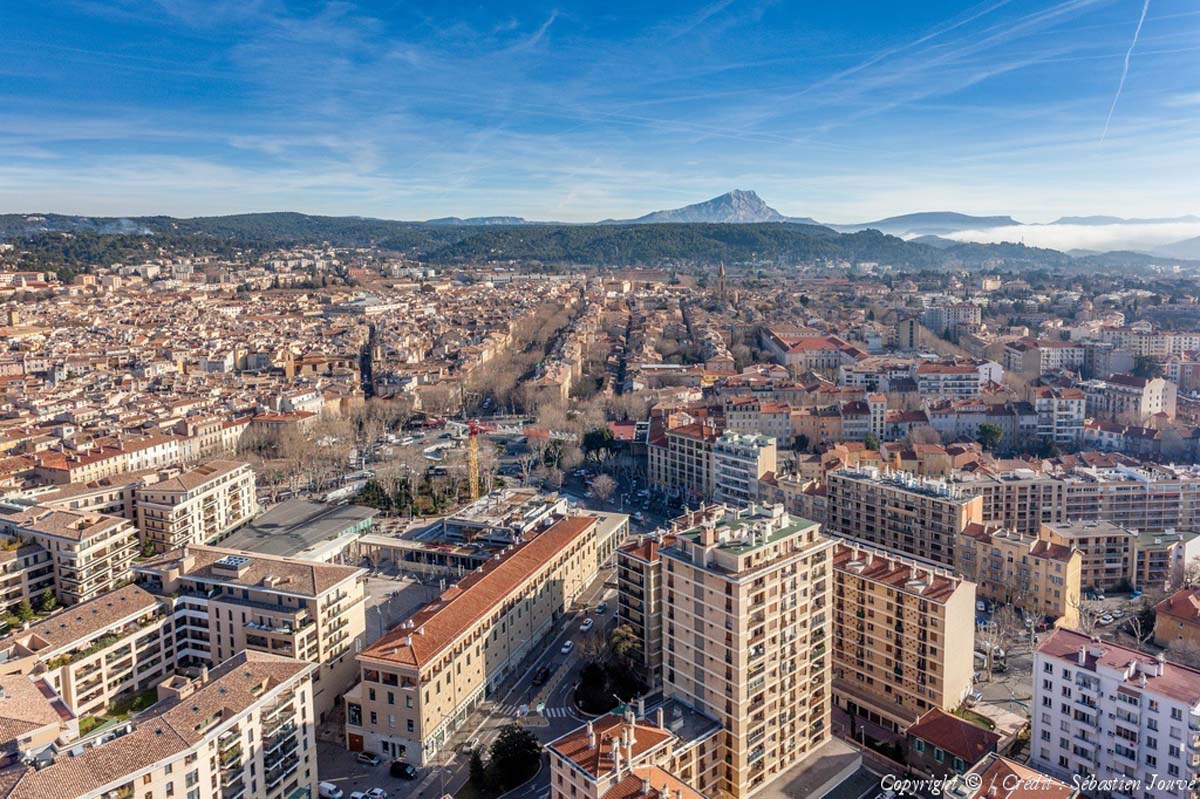 Symbiosis of Nature, Culture and Tradition

The Aix en Provence area is at a crossroads between the Luberon, the Alpilles and Marseille calanques. This land of plenty brings all Provençal pictures together : cypresses, vines, olive trees and pines are components of a nature which nearly is, today, a universal heritage.

This small corner of Eden is the symbiosis of Nature, Culture and Tradition. This original recipe is adapted by the 34 towns in the Aix area.

From the Sainte Victoire Mountain so often painted by Cézanne, the curious hiker will cross a calcareous and steep nature to finally arrive in softer landscapes, mirrors of the beautiful Florentine landscapes. This charming city also has cultural and architectural wealth.

From the Jas de Bouffan to the workshop of the Lauves through the « château de Cabriès », Cézanne, Mistral and Mélik talked about this enchanting country in their works…

The « Sainte Victoire » : a mountainous neve and a natural muse

This massif can be described as arid, its crestline is dominated by the « pic des Mouches » (1011 m). It dominates a natural site of great beauty composed of 14 villages such as Le Tholonet, Puyloubier, Saint-Anthonin sur Bayon… identified as « Le Grand Site Sainte-Victoire », certified in 2004 and aiming to preserve the natural and cultural environment.

Originally named « Montagne de la Victoire », Christians sanctify it in the Middle Ages : « Sainte-Venture ». This Provençal name may have been francized little bylittle ?

Kermes oaks, Alep pines as well as fields of  almond trees and olive trees can be seen. A 19 metres high cross overlooks the « chapelle de Notre-Dame de la Victoire » and a 17th-century priory. What a wonderful view…

In the foothills, lies the « château de Vauvenargues », bought by Picasso, he set up his workshop there for 3 years (from 1959 to 1962) to paint this site and to live as close as possible to his fellow artists, form the Estaque to “Sainte-Victoire”. Similarly, 44 oil paintings et 43 aquarels reflect Cezanne passion for this place : he often setup his easel near the « chemin de la Marguerite » between 1902 and 1906.

Between 1895 and 1904, he has already painted 11 oil paintings and 16 aquarels in the Bibemus quarries and Provençal ochres.

Cézanne wanted to die while painting what he loved so much. His wish was fulfilled as a syncope stroke him on the 15th of October 1906 while he was painting the “Sainte-Victoire”.

Since 2007, Aix Office of Tourism offers a route following the footsteps of the artist visiting the « Jas de Bouffan”, the workshop of the Lauves and the Bibemus quarries. This peaceful walk is made in a single day, as the 3 sites are close to one other. 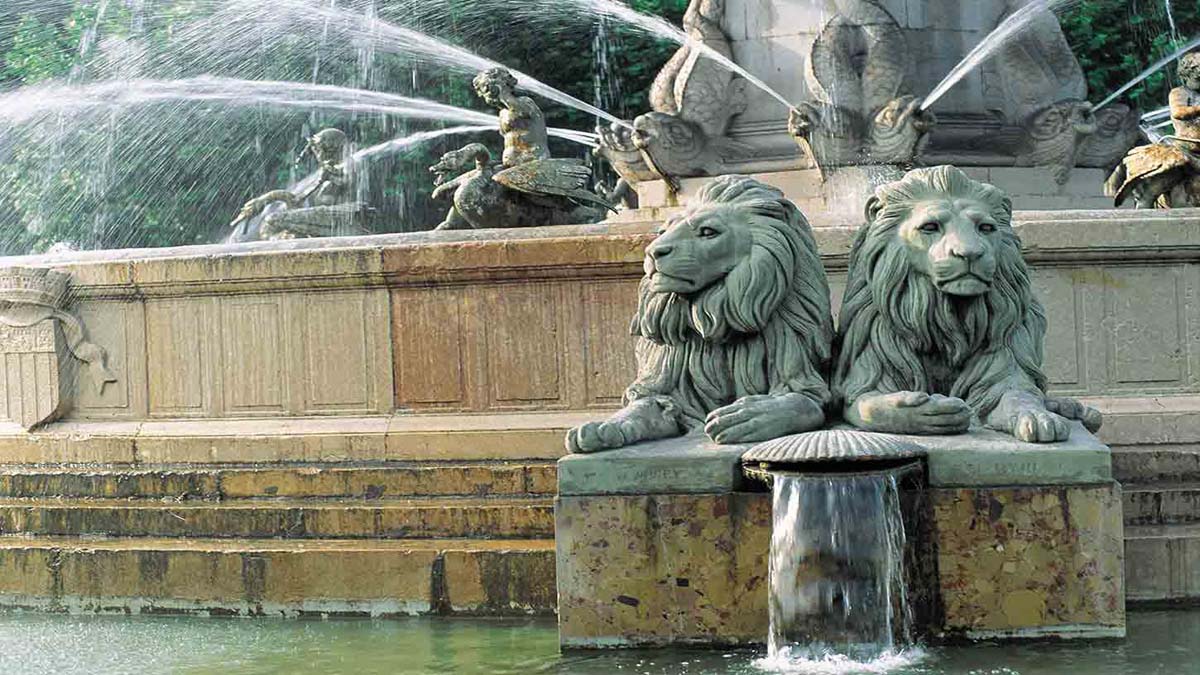 Founded in 132 BC by Romans, Aquae Sixtiae will win their hearts thanks to the wealth of its hot springs, ideally situated about halfway between Spain and Italy. In the Middle Ages, the town became the place of residence of the Counts de Provence who develop trade and craft. In the middle of the 15th century, King René carried out multiple projects, laying the foundations for the city. Later, after the revolutionary unrest, the town will become a city of knowledge and architecture.

City with a bourgeois look, it hosts sumptuous private hotels of the 17th and 18th century. The « place de la Rotonde » and the « cours Mirabeau » on the ancient ramparts are precious caskets with multiple fountains. They are the symbol or signature of the city that delight visitors.

The foundation Saint-John Perse is also to be seen. There is a permanent exposition of the manuscripts of the poet, a wonderful French formal garden, and the « pavillon Vendôme” (a heritage of the Great Century with a rich collection of furniture, paintings and drawings…).

Cézanne wrote : « when you are born there, it is done, nothing tells you more ». That says it all ! This man from Aix had a hard time leaving his native land, like his « colleague » Zola, met in high-school. 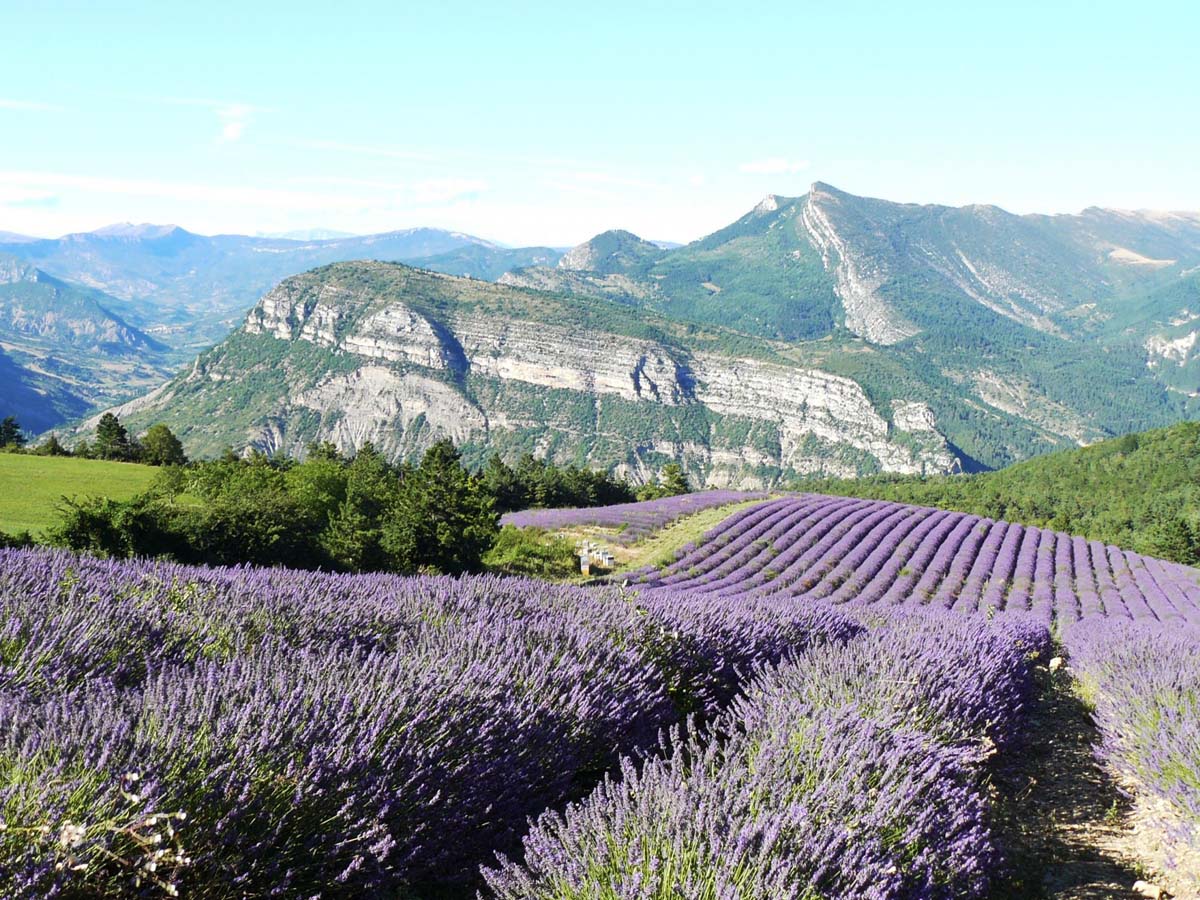 A terroir rich in gourmet goodies

In the « pays d’Aix » market places are held two to three times a week, towns and villages then shine with picturesque colors and festivities. Typical parasols protect growers and greengrocers and attract housewives and restauranteurs thanks to the scents of basil and rosemary. Here are the origin of the culinary flavors in Aix !

One of the local specialities is the calisson, delicious treat with almond, orange and candied melon, on a diamond-shaped wafer leaf. The calisson appeared in 1473 for King René’s wedding. It would take several centuries before factories are dedicated to its production, as Aix wasn’t the almond capital of the world at that time.

Nowadays, 9 producers of calissons are distinguished by the quality of their work, according to a tradition which has endured for 4 centuries.

As for the vine in Aix, it owes everything to the Phocean know-how, as the founders of Marseille have taught the Provencal how to cut grapevine and produce wine.

This ancient tradition grew at an unprecedented rate with the Counts de Provence and especially in the 15th century, with King René, also called the winegrower King, who produced a high-quality Provençal wine exported in all the courts of Europe. Despite the phylloxera epidemic which destroyed most of the vineyards in 1880, the local winemakers will struggle for the identity and survival of their wine.

On the 24th of December 1985, a Decree attributes the AOC label to the local wine. Now famous worldwide, the vine in Aix en Provence has a renowned reputation.