Its history starts in the middle of a stone quarry exploited during the Ancient Greece. Indeed, the first centuries of our era are very disrupted by the persecutions of pagans against new Christians. The caves of the quarry became burial sites for many massacred Christians, it will become a real necropolis.

The body of Victor, Christian legionnaire who was tormented and beheaded in 302 AD, under the reign of the Emperor Maximien Hercule, is said to be buried there.

Later, in 415 AD, Jean Cassien (monk and church man/ 360-435/) built a chapel there and wrote down the rules of the monastic lifestyle influenced by those of the Palestinian and Egyptian monks). This first chapel still exists, in the actual abbey (« Chapelle de Notre Dame de la Confession », in the heart of the crypt/ there are also sarcophagi of ancient martyrs including Saint Victor’s one). 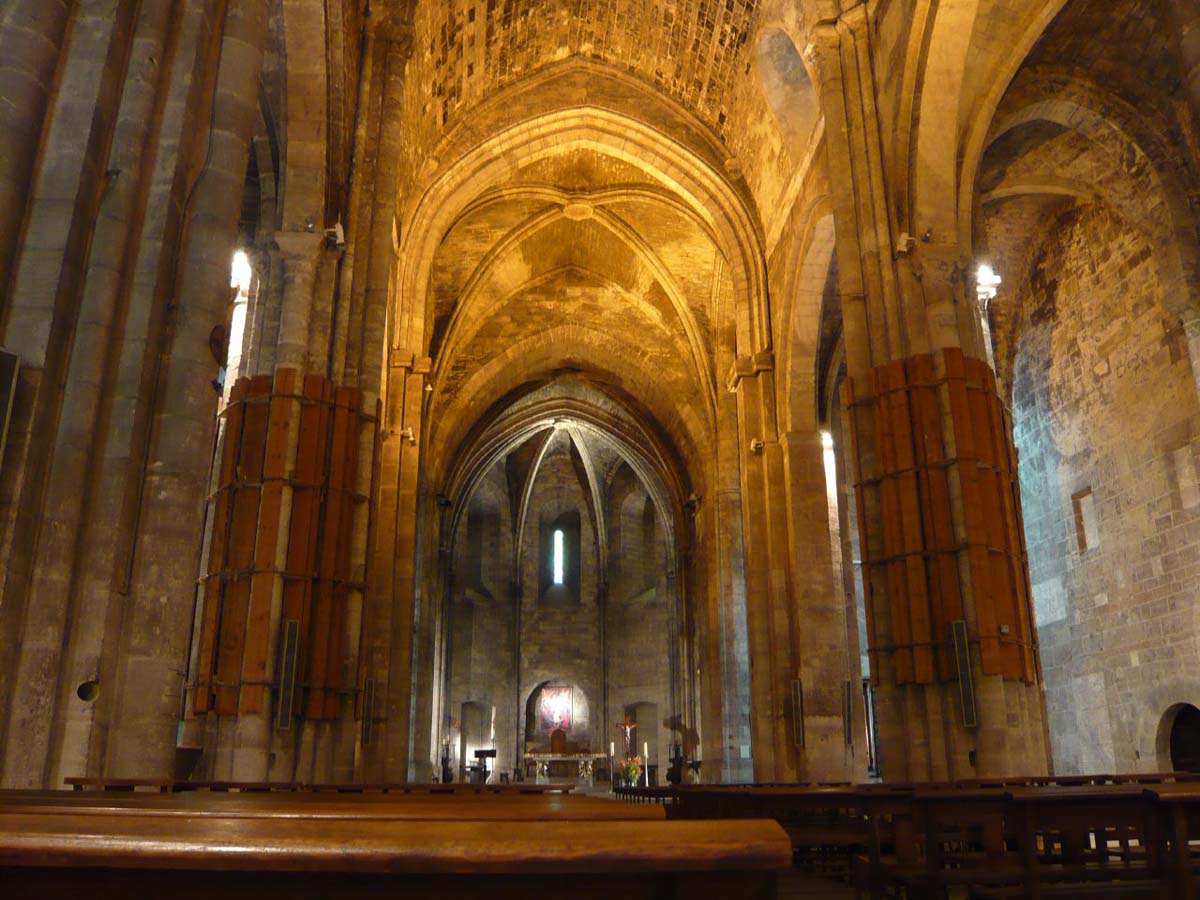 Around 972 AD, Guillaume Ist, Count of Provence and Arles, restored peace. Charlemagne becomes the protector of the Abbey, and in 977, it rise again from the ashes with the help of the « Règle de Saint Benoît » which resumes the ideas of Jean Cassien. The Benedictines spread these rules in the town and the Mediterranean area. Then comes a prosperous and stable time, run by three powers: the viscount, the bishop and the abbot of Saint Victor. The abbey increased its goods; it runs 440 churches and priories, as well as neighboring towns to Italy or Spain. It becomes a great spiritual and training centre.

Isarn (1020-1047), Roman legionnaire, then monk, becomes the abbot of the place and started the reconstruction of the Abbey. The actual tower, which was called after him, is today being crossed as you enter the building. An outstanding friar, Isarn was canonized after his death. In 1040, the building is consecrated « Secunda Roma » and is directly run by the Holy See (Pope Léon IX). As a matter of fact, the bishop lost his authority and the abbots became the most powerful men of the region.

Between the 12th and the 13th centuries, the building was restored and enlarged following the rules of the Roman builders. 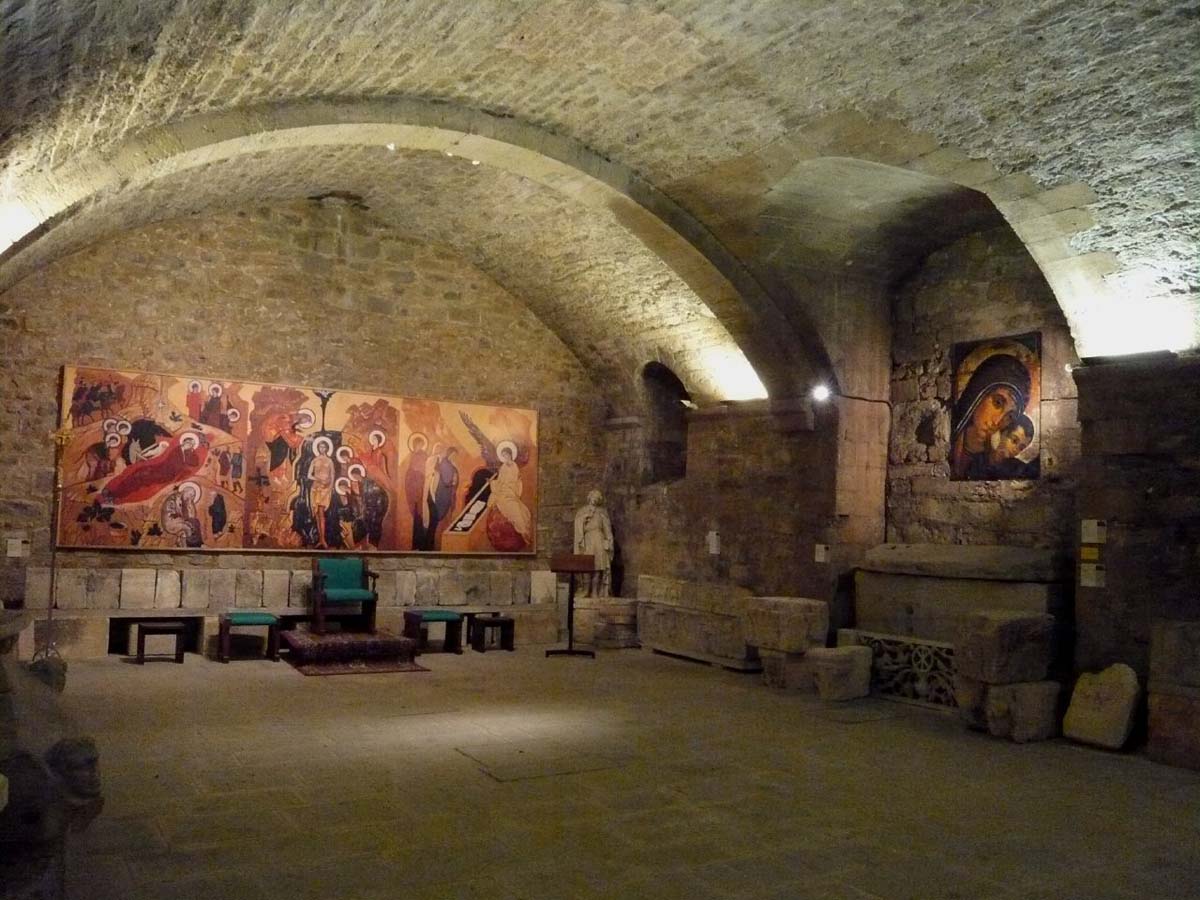 But soon Provence will become an issue between the counts of Toulouse and the kings of Aragon. The Churchmen’s revenues are declining and they will have debts…

In 1362, Urbain 5th built the Eglise Supérieure (superior church) which looks like a fortress as the abbey had a defensive role in the town. 1430 is the beginning of a gradual recovery. But at the beginning of the 16th century, monks from the aristocracy are richly dressed. During the shady period that follows, rich books disappeared. It is a great disorder in the abbey. Louis 14th intervened in 1662 but it will not prevent the dissolute life of the monks who lived in the city. They will have an ugly attitude during the 1720 plague : they will be cloistered in the monastery and pray. Later there will be the Secularization (= transition from the religious community to the secular life)

After the 1789 Revolution, the abbey is dismantled; treasures are stolen, relics are burnt. It becomes a depot for straw or hay and a prison. The convent hosts soldiers. In 1804, it is used for worship again but annex buildings will be destroyed to build streets (rue Sainte, rue de la Corse and others).

Today, the abbey still plays an important role in Marseille. This magnificent fortified church is a symbol of the town. It is strong and solid, in perfect harmony with the 2 other military constructions just under it, at the entrance of the port : Fort Saint Jean and Fort Saint Nicolas. It is very popular and lively thanks to the numerous masses and the concerts which take place.

The sound of the organ and the acoustics are very good and amaze all visitors and believers. 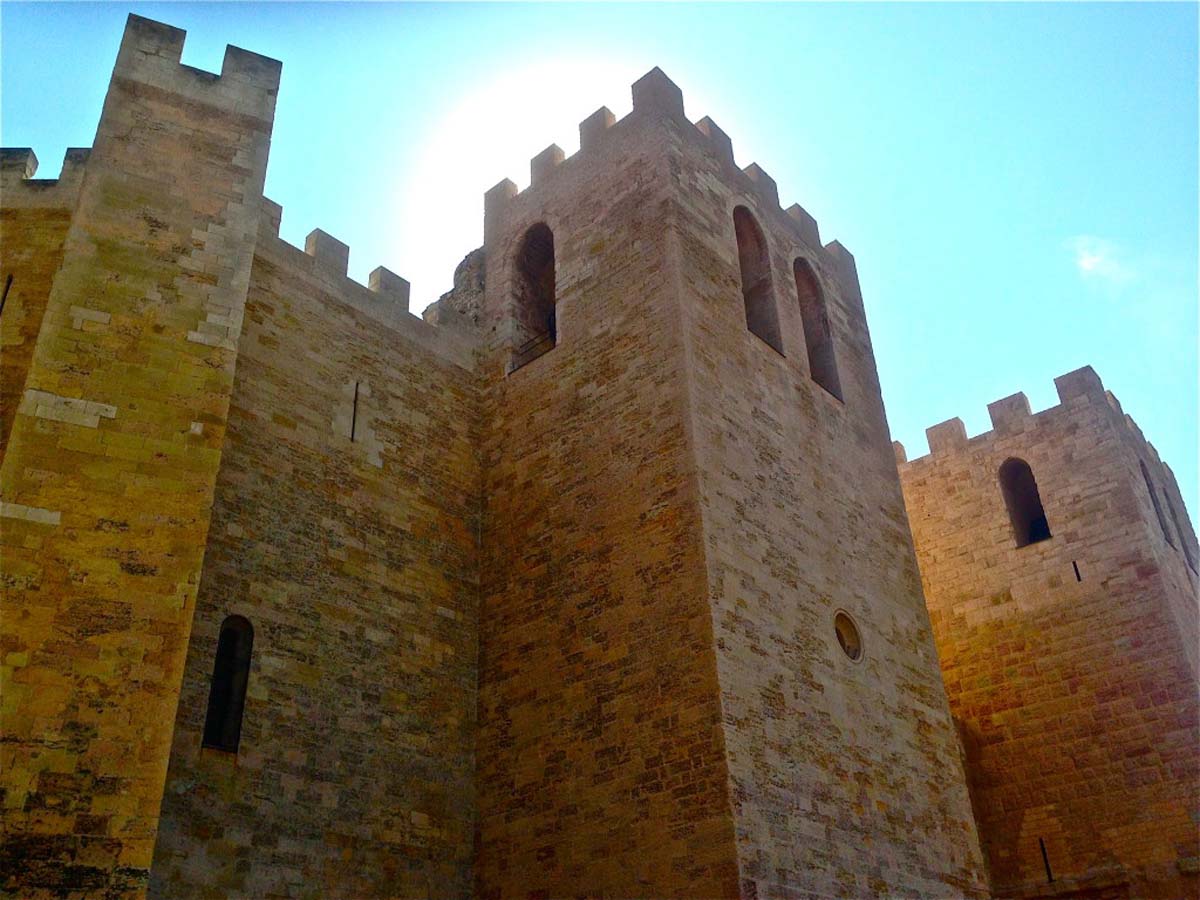 Each year, from the 2 nd to the 9th of February, there is the Celebration for Candelmas. A middle age tradition is resuscitate in 1781. On the 2 nd of February, the Black Virgin also called « Notre Dame de la Confession des Martyrs » wears a green coat (colour of hope) arrives from the sea, with the Gospel (to symbolise that the first evangelists arrived from the sea).

A procession is carried out from the Vieux Port to abbey. Outside the church, the bishop blesses the town, the Sea and the green candles handed by believers ; after a mass inside, he blesses the navettes, at the Four des navettes (near the church). These boat-shaped small biscuits with orange blossom, symbolize the boat which brought the Saints Marie Salomé, Marie Jacobé, Marie Madeleine and Sarah. The lasses are spaced out over the week, songs of the choir.