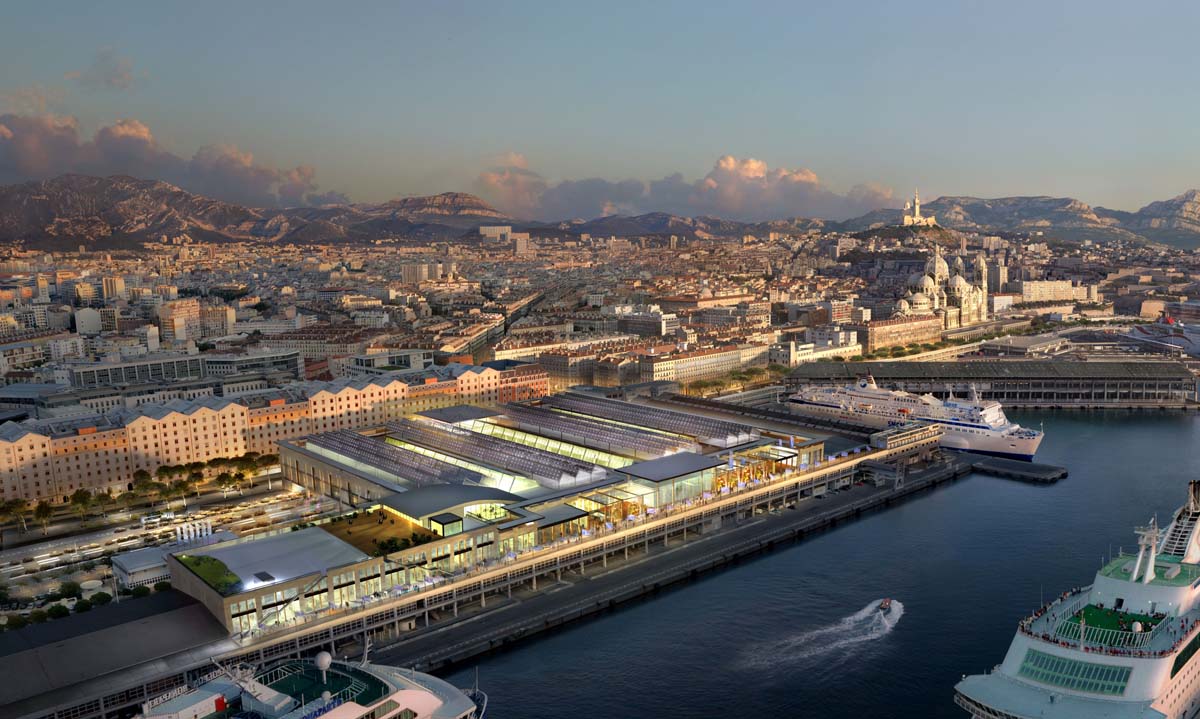 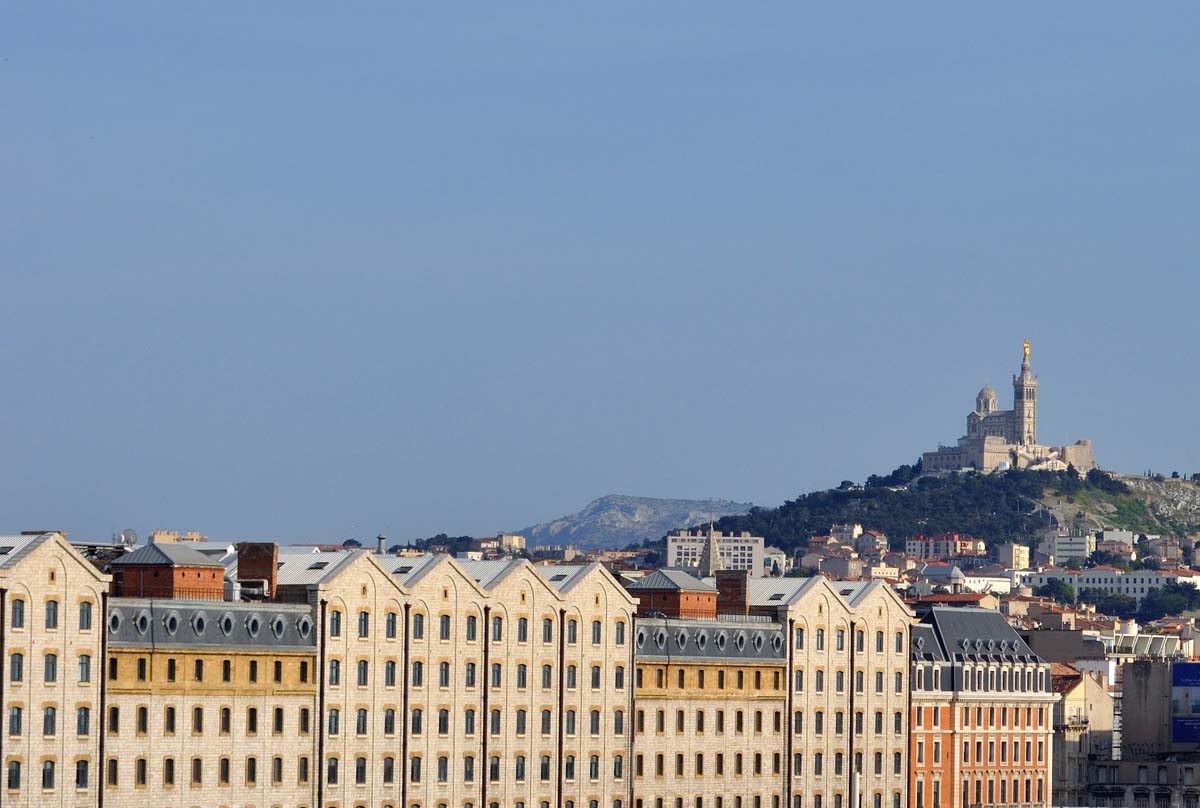 This district, situated at the north of the city has experienced a spectacular transformation to become one of Marseille’s symbols.

150 years ago, the growing port needed new structures and large warehouses to store enormous quantities of goods arriving in Marseille from around the world (cotton, cork, silk, jute, copra, rum, liqors, fabrics…). During the second empire (19th century) the Docks were created thanks to private funding from Paulin Talabot, Road, canal and port engineer, politician and businessman. He bought lands from the sea, obtained the concession for 99 years and created the « Nouvelle Compagnie des Docks et Entrepôts », which had the European biggest warehouses at that time.

Between 1858 and 1863, a 7-stporey building has been built designed by Gustave Desplaces, 365 m long, made of stone, bricks and metallic structure. Mechanized handling was developed (20 hydraulic lifts, 40 cranes) in order to increase the yield. This 80.000m2 surface became the economic lung of the Phocean city until the end of the concession (1962) ; then the Docks were abandoned and fell into disuse. 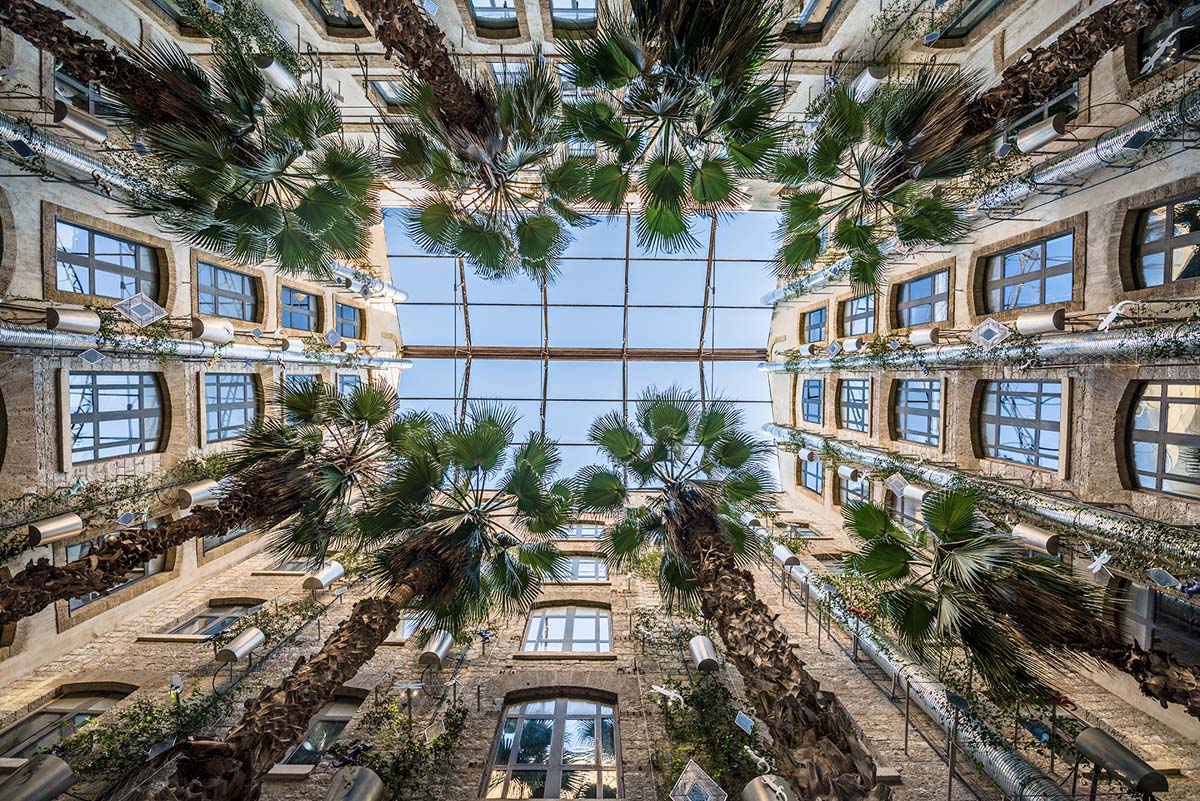 Nowadays, the majority of port traffic takes place in Fos-sur-Mer: with 10000 hectares between the sea and the desert of the Crau, Fos increased its capacities to receive supertankers, ore carries, mega container vessels, Giants of heavy and steel industries, oil tankers. Marseille-Fos is the gate of Southern Europe. Marseille is still where decisions are made, it is also a large marina and the town has a very important shipyard (the CMN, on the Terre-plein de Mourepiane- 13016, can make all tasks on the biggest trading vessels and cruise ships/ the Forme 10 is a dry dock built in 1970, pour les Mega boats /465m X 85m, it has just been restored)

In 1991, Nexity bought the Docks, unsuitable for modern port activities.

The A55 and A7 highways are a major advantage in this area. (Architect : Eric Castaldi). Keeping the construction and the walls loaded with history, this magnificent building is at the heart of the new lung of the city, the business district « Euroméditerranée ».

It is a crossroads of past and present : around, there are essential historic monuments : the Cathedral, the Panier, the Fort Saint Jean, its embankment and Fanal, the Digue du Large and modern buildings : the MuCEM, the Villa Méditerranée, the « Regards de Provence » foundation, the CMA- CGM tower (decisional centre of Maritime Affaires, of container moves…), the Terrasses du Port. It gives to the whole a metropolitan aspect. 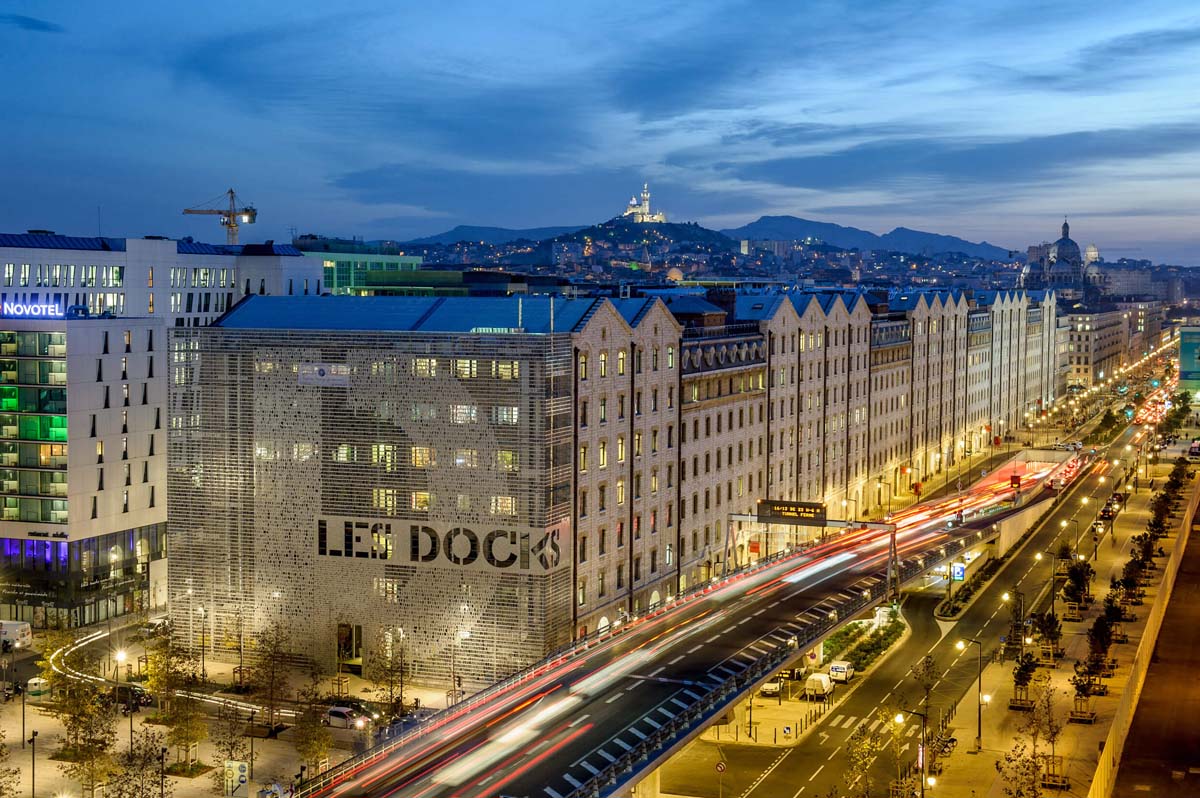 The restored building keeps an industrial architecture, but lost some roofs replaced by canopies included in metal structures ; Many windows were increased in size to let in a maximum of light and see the sea. Four completely vegetated inner courtyards illuminate the shops and offices (220 companies/ 3500 employees). There are public and administrative, cultural areas, and all the shops of a modern city. It looks like an indoor market. The originality of the structure can be seen in the building proportions and in the number of openings, the architect Paulin Talabot indeed put elements of the calendar : the building is 365 m long, it has 52 doors, 7 floors and 4 inner courtyards). Today, 40 texts decorate the north facade ; 10 million vistors are expected (after two years of renovation from 2013 to 2015).

There are 3 cells (the market, the village and the port), complemented with 4 courtyards, alleys and a road ; 17.000m2 of modern and original shops await you 7 days a week, days and nights, as it is a touristic area. The East-West oriented facades open on large pavements thanks to its large shop windows.

During the week, people work hard and walk along. Rush hours are between 12 am to 2 pm or in the evenings after office hours or during the week-end. Come and visit the Docks, its large stairway (Place de la Méditerranée), the Terrasses du Port and their 160 shops and restaurants.

Marseille becomes more and more beautiful every day ; Parisians invest in it, Marseille people come back as it offers a beautiful cachet and a new energy, under a generous sun.