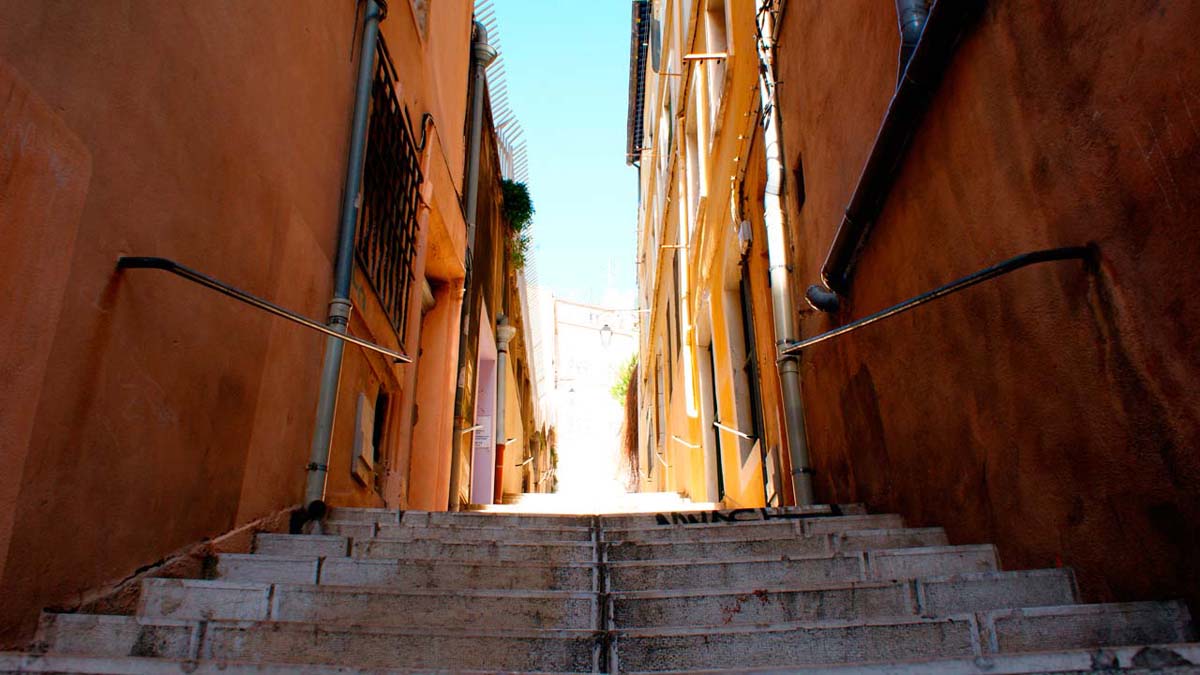 It is the town’s historical heart from the 6th century BC to the 17th century AD as it was surrounded by ramparts, before Louis 14 th gave the order to enlarge the city. 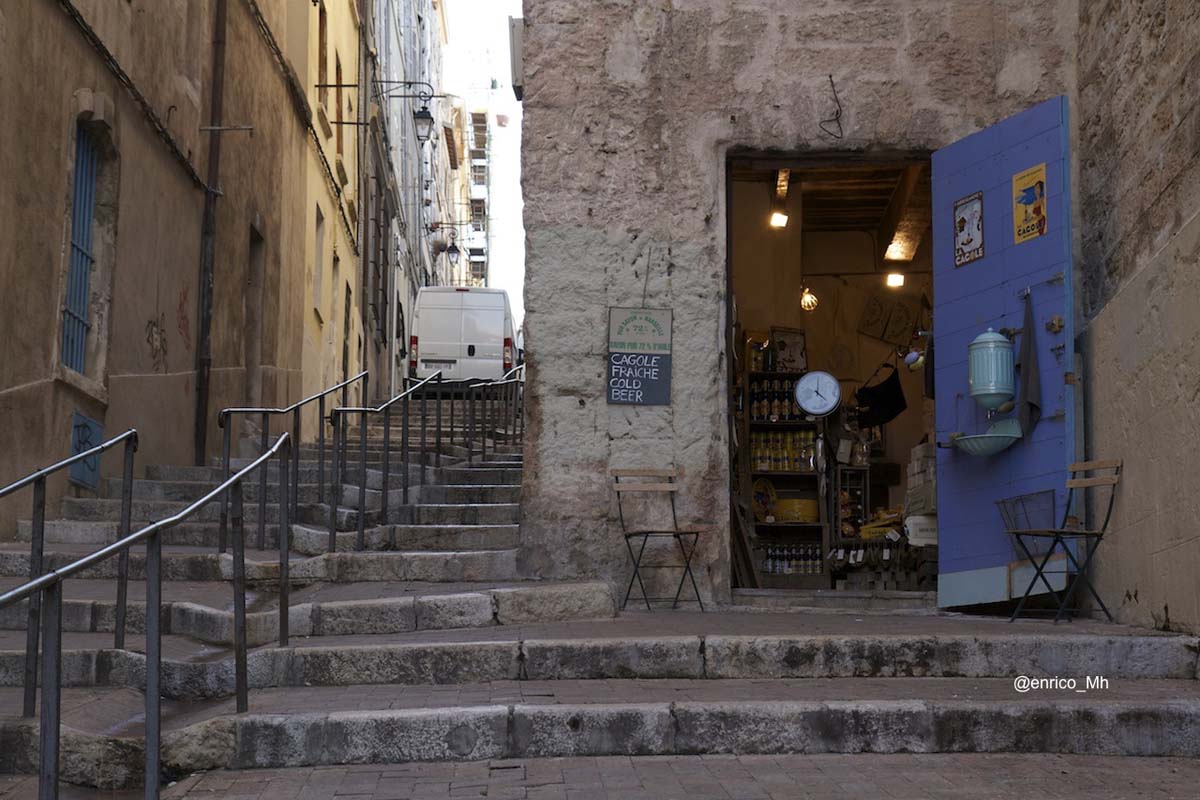 Ancient narrow streets, squares, painted decorations, whitewashed façades… The Panier is a special place in Marseille’s urban landscape. For total immersion in this rich and strong history, let’s play the game and let us allow ourselves to be led with the small white and blue train to get to this village perched on three hills (buttes Saint-Laurent, des Moulins, des Carmes).

We walk in the rue de la Prison, to meet the La Maison Diamantée with its facade cut in diamond shapes (16 th century Palais Civil). We continue and get in the rue Caisserie, the most ancient street of the Panier. We see the Hôtel Daviel, with its panels « à la marguerite » (representing a daisy, which was the favorite pattern of craftsmen in the 18th century), then the former Hôtel-Dieu, which became a five-star Hôtel, with three floors of circular galleries with arcades.

Let’s go to the Eglise Notre-Dame des Accoules, one of the oldest church in Marseille (11 th century). Rebuilt twice (13th and 19th century), this stone Calvary « to expiate for the crimes of the Revolution ». Then comes the Préau des Accoules, former school of the four languages where, in the 17 th century, Jesuits taught oriental languages to the youth of Marseille to prepare them to trade. In 1701, by decision of King Louis 14th, it becomes the Royal Observatory, today transferred to Longchamp, because of lack of space. On the side, the Montée des Accoules is another way to access the Panier. It has resulted in the reputation of « village for goats » but allows to go to the Butte des Moulins where, at the end of the 16 th century, 15 operating windmills and a few monuments had a dominant position. There are a few of them left : the bell tower with hooks spared by the Revolution, the church Saint-Laurent, the dome of the former Hospice de la Charité, the arcades of the Hôtel-Dieu, the tower of the Couvent des Trinitaires (that’s where the monks received the chains of the prisoners who were forgiven). 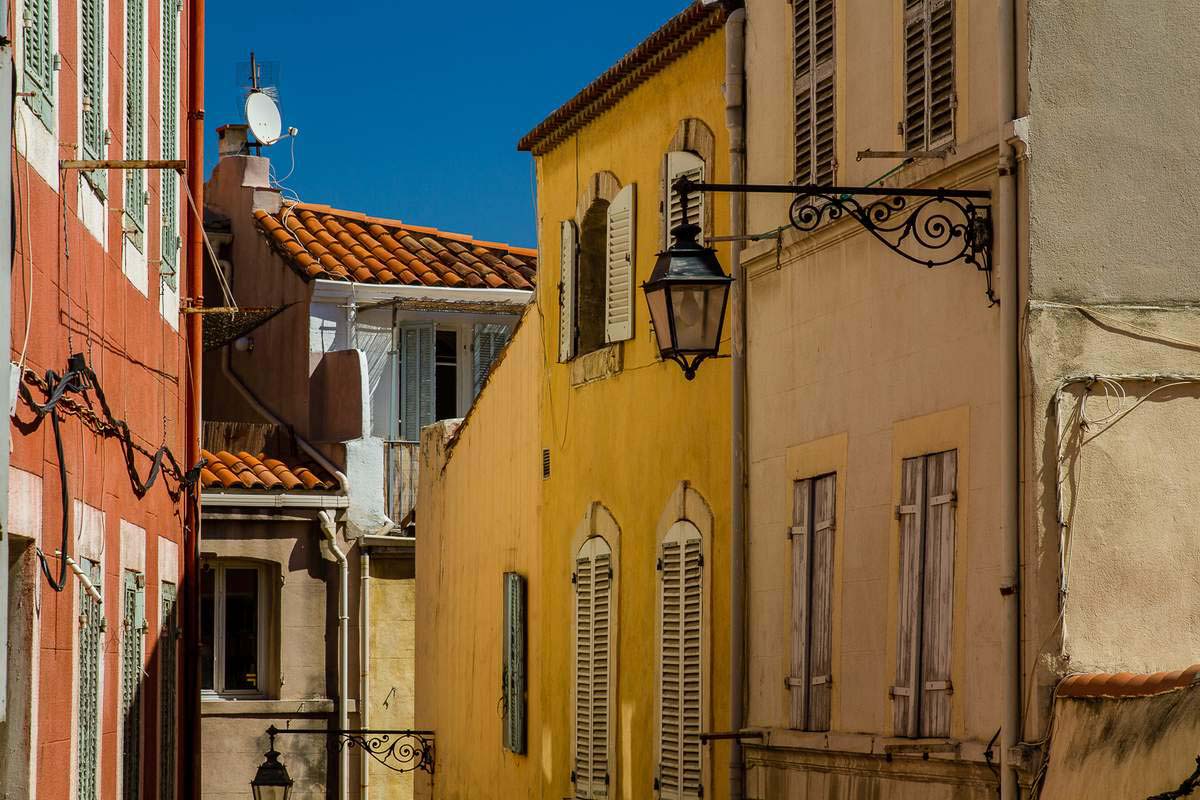 A lively trip where the names of the streets are traces of history. Rue Saint-Antoine, called after the names of the knights who, at the beginning of the 12th century, cured the « fire » or « Saint Anthony’s fire » provoked by rye ergot (poisonous fungal parasite). Rue du Refuge where the house of the Fondation Saint-Joseph helped the prostitutes in 1647. Rue du Bon-Jésus, where the members of the Chapelle de la Confrérie Jésus (1591) comforted prisoners facing the death penalty…

Ancient place of the Greek agora, (just under the Place de Lenche), where citizens could watch the activities of the port. The rue de l’Evêché leads us to the Place des Treize Cantons where we discover the Neo-Byzantine coupole of the Major. On the right, the rue du Panier which was called after the cabaret which sign said « Logis du Panier » from the17th century. 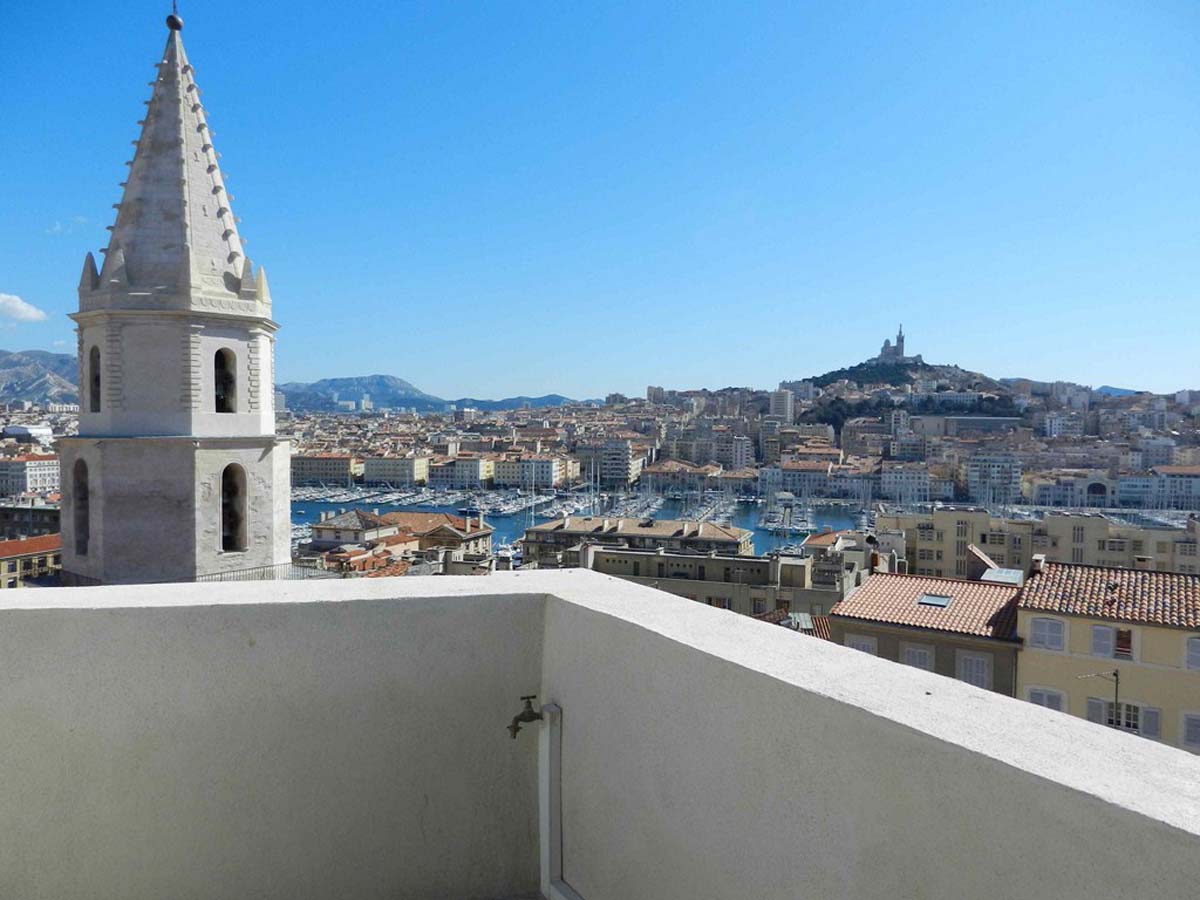 We finish our tour in front of this amazing and brilliant monument of Pierre Puget, both disconcerting and innovative, its baroque conception echoes some Italian palaces. This hospital building, aimed at receiving poor people and beggars, will close at the end of the Old Regime (that is to say 2 centuries before the French Revolution of 1789), it is today a strategic place for Art. Its oval chapel, unique in France, surrounded by many galleries, hosts temporary expositions, many municipal museums, an international center of Marseille’s poetry, a welcoming restaurant…

After being the area of the local bourgeoisie, the Panier became in the 17th century, the place where fishermen and mariners live. At the end of the 19th century, it attracted Neapolitans and Corsican. After 20 years, the rehabilitation works are finished and the Panier is now a haven of peace. Restaurants welcome you with their terraces where intellectuals, artists, artisans and film makers meet (soap « Plus Belle la Vie », Borsalino of Jacques Deray, « L’immortel » of Richard Berry…), there are even writers (Georges Nguyen Van Loc called « Le Chinois », Del Pappas, Carrese…) and many others.