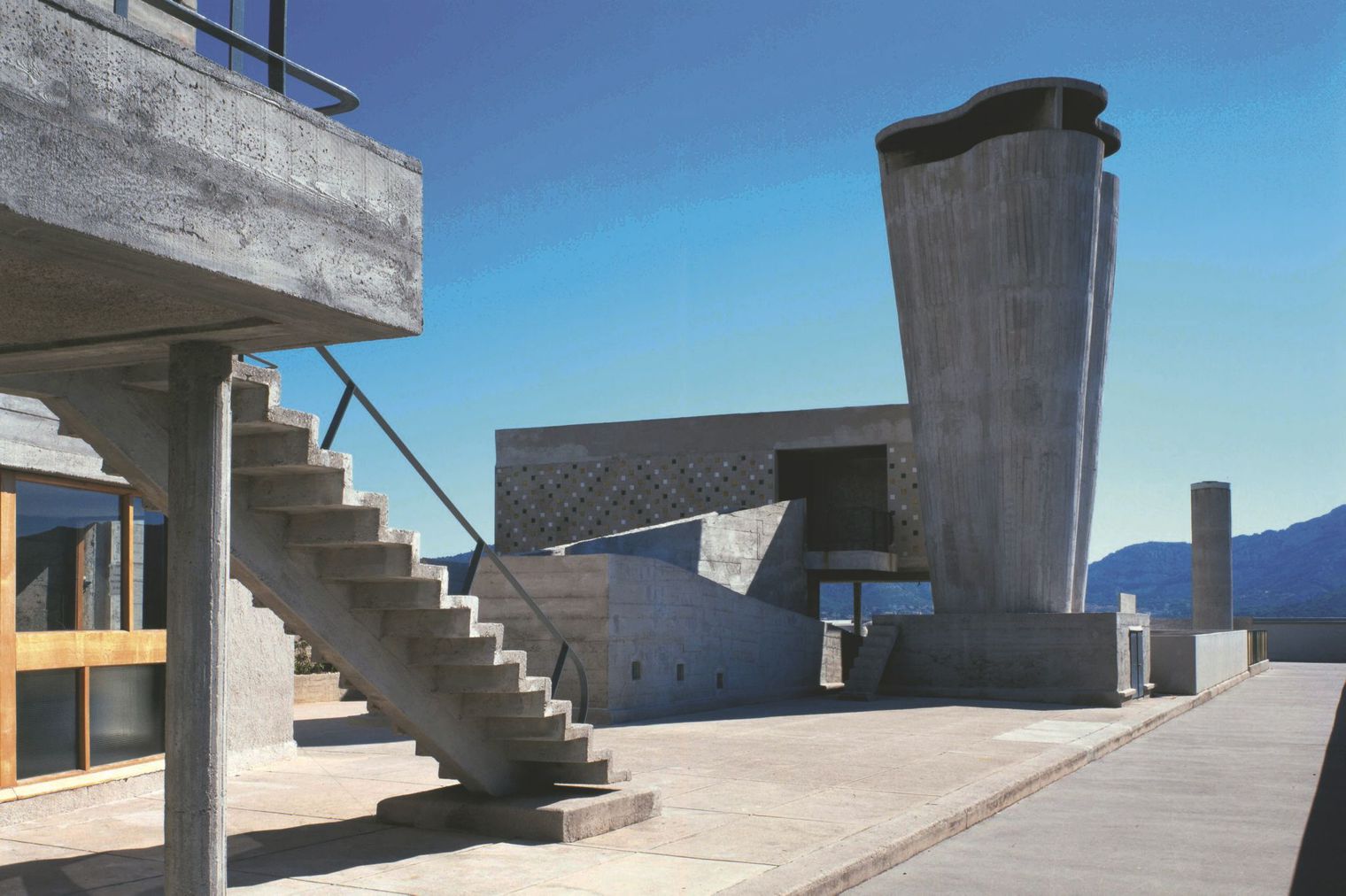 Built between 1947 and 1952, by the architect Charles-Edouard Jeanneret so-called Le Corbusier achieved the experimental project he designed in 1935. At the request of the Ministry for Housing, he therefore answered the problem of lack of apartments after the war. This surprising building, on pilotis, has large volume for a comfortable life for the residents (137m. long, 54m. high, 24m. wide) ; its creator considered it to be « a vertical garden city » illustrating the theme of the « Urban liner anchored in the port ».

This building has 337 apartments of 23 different models (often duplex apartment). It is composed of an inner streets with shops, its hotel (21 rooms), its office, a nursery, a library, a kindergarten, an auditorium. On the top floor, the ambulatory faces the port. On the roof-top there is a basin for children and a gymnasium where exhibitions can be programmed (the MAMO, contemporary art centre) for the designer Ora-ïto. There is a wind break wall all around. The view on Marseille and on the sea is very pleasant.

Le Corbusier has been classified as a historical monument in 1995. It was awarded the label « Patrimoine du XXème siècle » (heritage of the 20th century). It may enter the « Patrimoine mondial » in 2017. It more and more atracts cadres and intellectuals. This building is a groundbreaking work in France (Nantes, Pessac/banlieue de Bordeaux…), in Germany (Berlin…).

There is though a restoration problem, like for all the buildings made of reinforced concrete. A epoxy resins is used. Once dry, it acts like a solid waterproof barrier which is very emplyed in many areas (building, chemistry, electricity, electronics, transport, food industry..).

Some parts of the building can be visited : the entrance hall, the 3rd merchant street, the roof-top. The guard directs the visitors.

To describe this building, the word « brutalist architecture » is used, according to Le Corbusier, «architecture must build moving relationships with raw materials (such a concrete, metal or brick) »