Marcel Pagnol and the love for words

« I don’t mind dying. But I am sad to stop living », everything is said in these few words of a lover of life and nature whose childish wonder has never gone.

Son of  schoolmaster, born in 1895, the young Marcel had soon a real passion for words that he enjoys with a genuine greediness. He also became a schoolmaster. This friend of Marcel Achard and Joseph Kessel never stopped writing. For this master of literature, is it theatre (Topaze, Marius, Fanny…), cinema (with more than 20 movies) or the autobiographic saga about his childhood memories (from “La Gloire de mon père” until the unfinished “Temps des amours”) which was the most important popular success ? Nobody knows…

His real consecration as an artist will come with Topaze in 1927. The Marius, Fanny et César trilogy will be a huge popular success  which will never stop. Since then, he will start a career as a filmmaker until 1954.

From 1963, the artist will return to its favorite subject : the Provence and its atmosphere with his trilogy : L’eau des Collines, Jean de Florette and Manon des sources. Beautiful ballads today celebrate the world of Pagnol. As in an open book, while walking between La Treille and Aubagne, you can contemplate his Provence of Marseille from the heights. Indeed the tourism agency of Aubagne proposes walking circuits to visit the various places which were made famous by his works. Angèle’s farm, Raimu’s well, Passe-temps’ valley…

His Sergent Major feather in hand, his inkwell and his school notebooks near him, Pagnol make million of readers - spectators  «s’estrasser» de rire (lauch in Provençal language) and cry.  Seduced and delighted by the unique atmosphere of his universe, of his Provence.
Of course, the image of lazy and lying people of Marseille will always be a hot topic. But this exceptional artist gave a universal dimension to Marseille and to his characters magnifying the Marseille language and spirit… 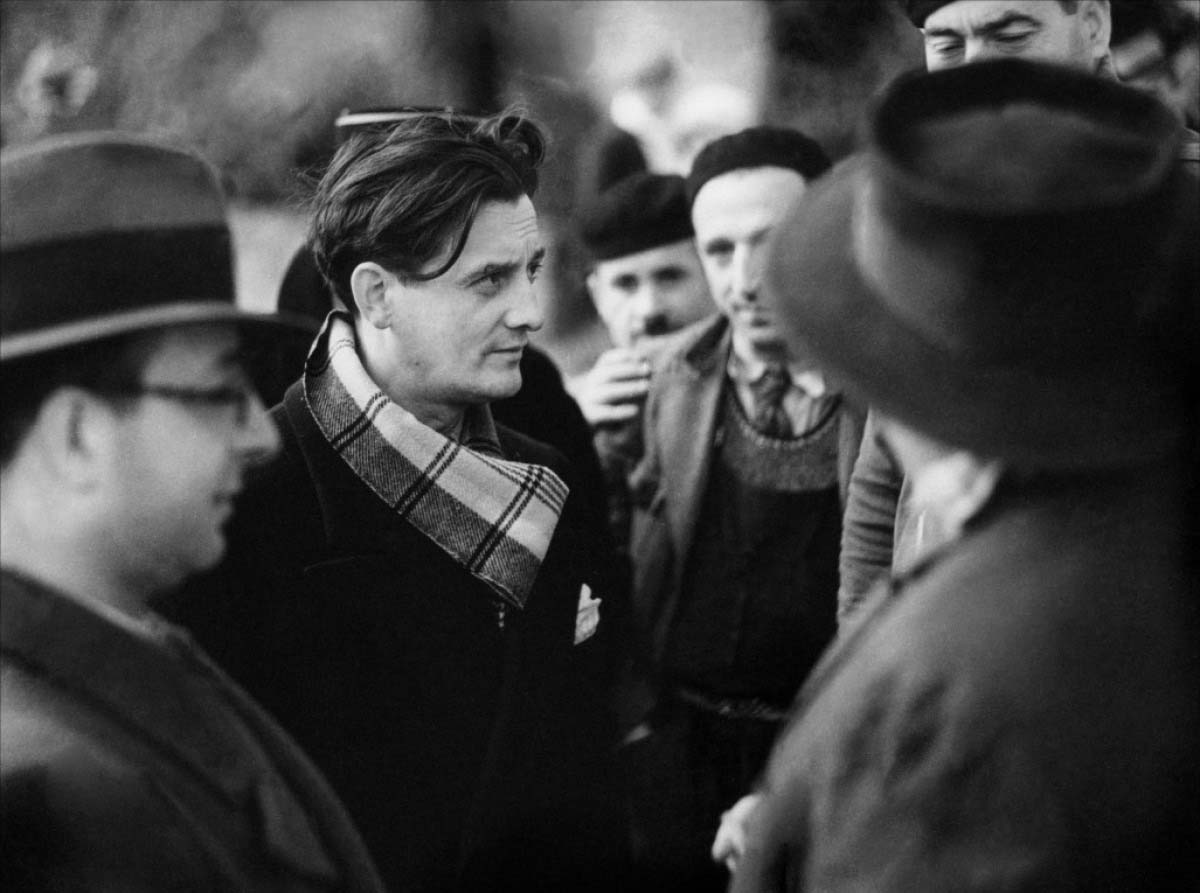 If you want to pay a visit to his grave, between La Treille and Aubagne, where he was born , he wouldn’t be upset , the Marcel, to have a « collègue » (a friend in Marseille) . He may speak about the time of some secrets, of the Garlaban hills, of the Grosibou cave on the Taoumé, he discovered as he was a child with his friend Lili ?
His books smell fragrance of thyme, rosemary and bouillabaisse, the sun cracks the soil in each page.
His heart of child will forgive your faults and your worst cruelties.
As you close one of his books, one cannot avoid being nostalgic …What ? It’s already over ? What about this delicious moment ? Where is it ?
Pagnol is a gift, a moment of joy, an hymn to life and friendship. Adessias Marcel (farewell in Provençal language)… Merci pour tout ! Thank you for everything ! 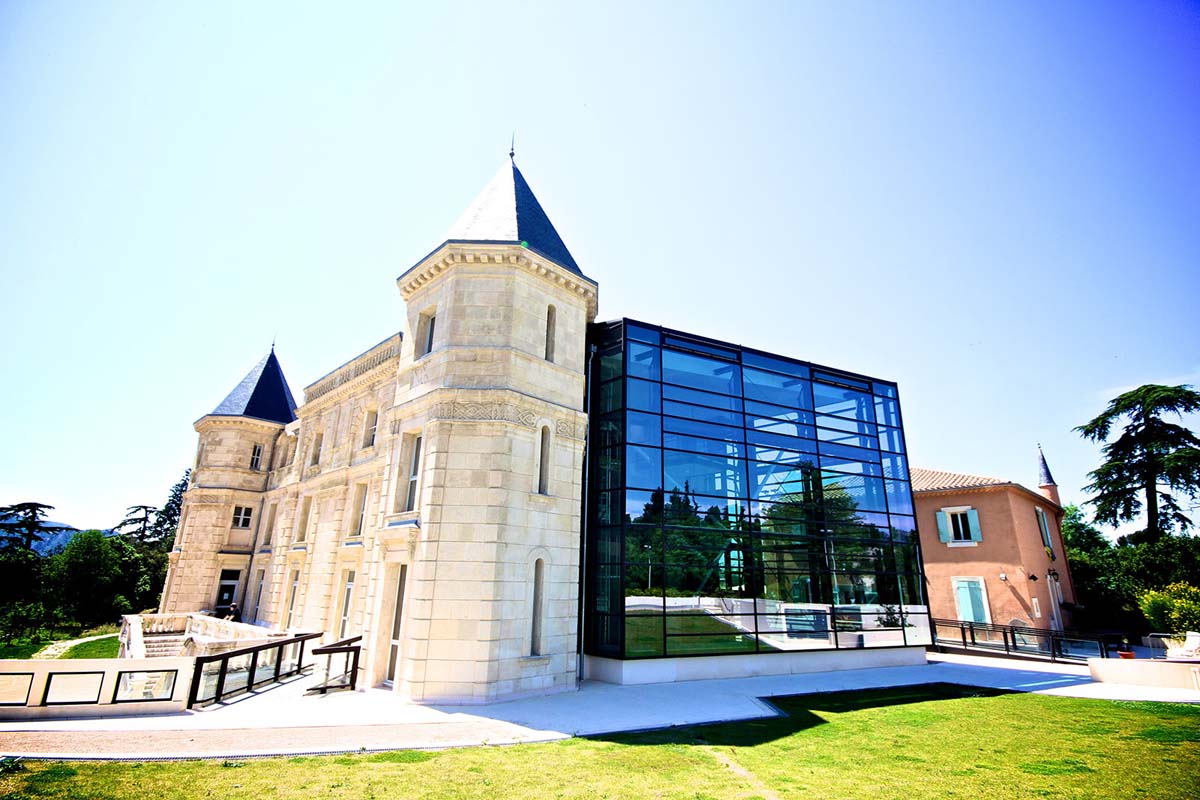 The Buzine is situated in a valley between Saint-Menet and the Camoins, in the 11th district of Marseille. It owes its name to Henry de Buzens, a 17th century nobleman. It is bought in 1865 by the architect Hilaire Curtil creator of the building of the Rue de la République in Marseille.

Hilaire Curtil destroyed the existing bastide then designed and built in 1867 a castle in the early-baroque and Louis the 13th style, with a slate roof. The place is then majestic, paintings and portraits, and a terrace going to the park with big stairs. There were many owners, including the Pallez family who added a music room between 1900 and 1920.

On the 21st of July 1941, Marcel Pagnol bought the Buzine. He wants to create a City of the cinema and build film studios in the park to create a genuine « Provençal Hollywood ». Nestling amid these  33 and 40 hectares of land, he recognized the castle of his mother’s fears,  the one of his holidays journeys.

But Pagnol’s project for the Buzine is forgotten as the South of France is invaded by the German army.  The requisitioned the castle in 1942. The occupants squander and plunder the premises. They is much damage. The château de La Buzine is left abandoned and degraded until 1973, when Marcel Pagnol sold it to a contractor that built the « Parc des 7 Collines » and its 249 villas.

The city of Marseille bought the Buzine in 1995. In 1996, the castle ruins are classified as historical monuments. The restoration of the site started in 2006.

The architect André Stern then designed the « Maison des Cinématographies de la Méditerranée », inaugurated on the 17th of june 2011. This cultural site is dedicated to Mediterranean cinema. A 350-seat cinema was built. Come discover it and its films for cinephiles or amateurs.

A permanent exposition which is a real scenographic circuit provides an insight into extracts of the greatest films : take that journey to discover or rediscover Mediterranean countries. The reception lounges are now the setting for expositions linked with the cinema : photographies, posters, objects, etc. The most enthusiasts will spend hours in the library reading biographies or professional books. A multimedia space allows to view archival films or more recent ones.

Completely renovated for Marseille-Provence 2013 Capitale Européenne de la Culture, the Buzine is now a central tool, a « house » of the Mediterranean cinema where evenings with cinema professionals can be continued at « la Table des Secrets”, the biological restaurant of the castle.