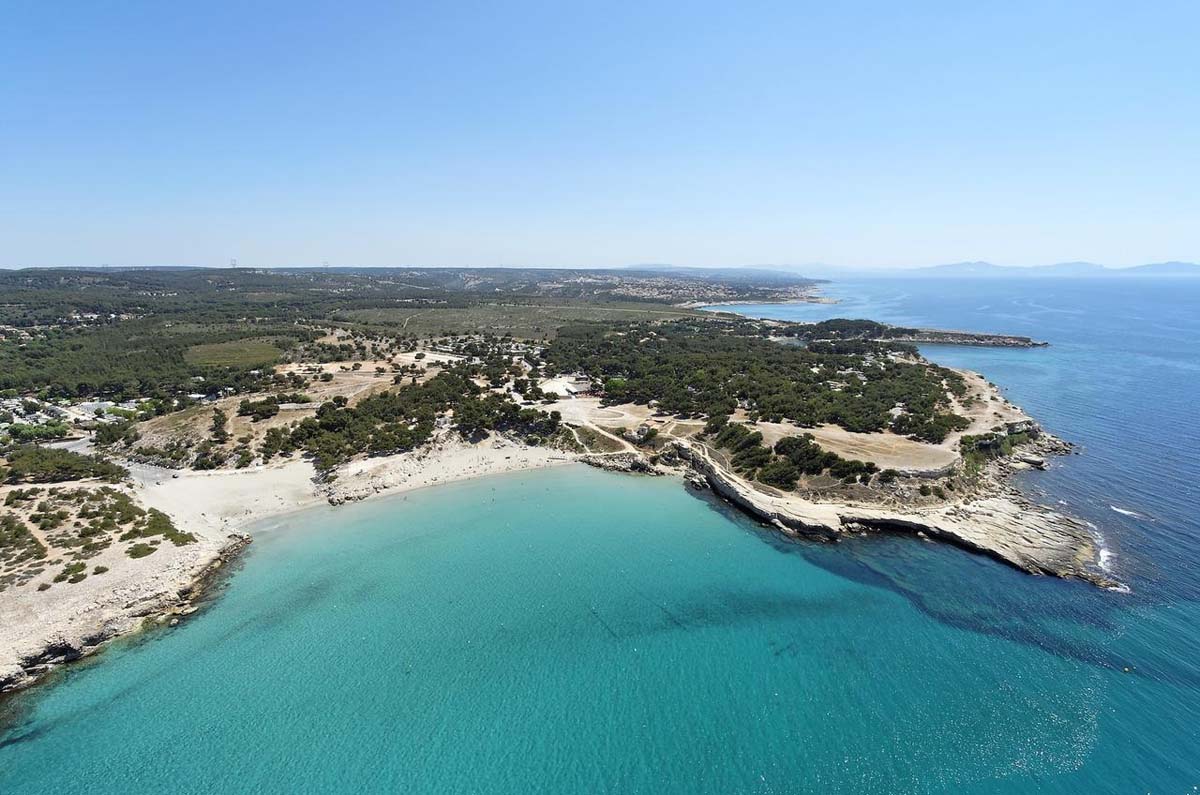 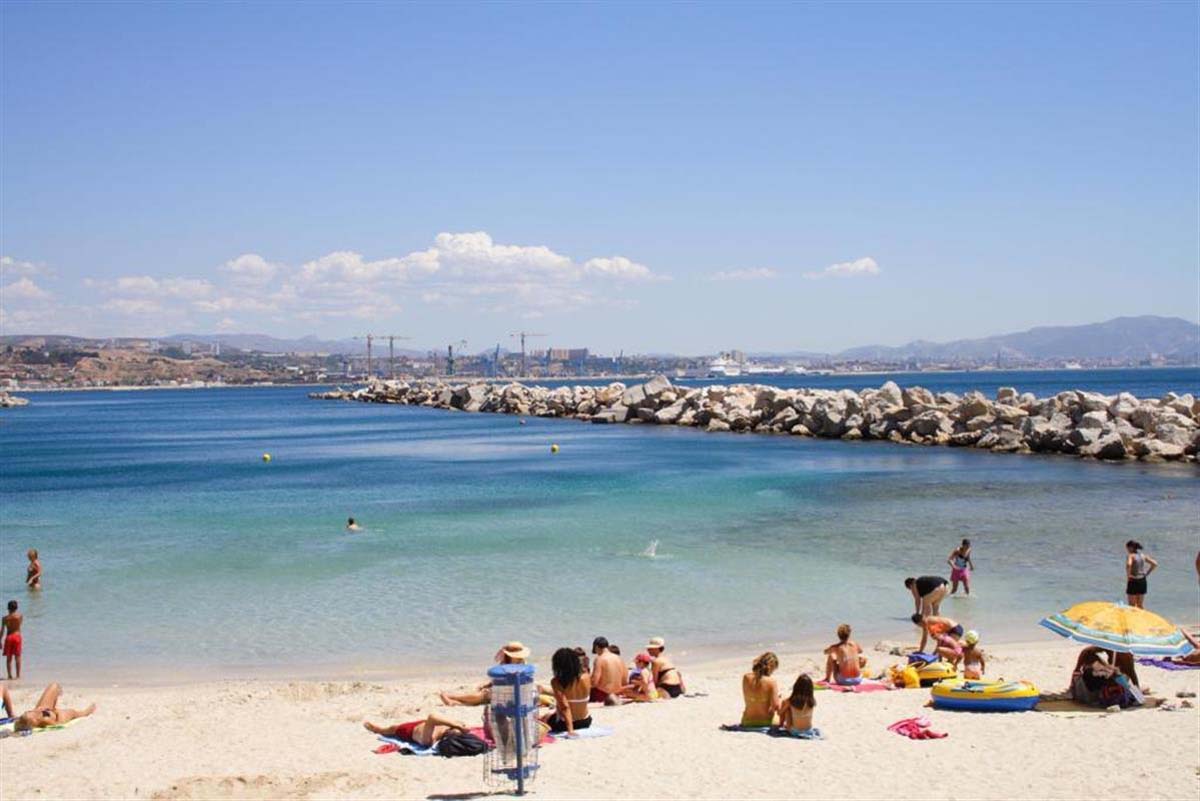 The Blue Coast starts in the foothills of the Estaque Mountain at the west of the city that stretches out over 25 km between the port of Marseille and the Gulf of Fos. It was unknown by tourists for a very long time as its beauty was the most closely guarded secret by the Marseilles inhabitants. Composed of ivory-sanded beaches and small resorts, it’s a quaint haven where sheds embellish tiny calanques. The coloured small train of the indigo coast reaches Niolon railway station going along a ridge line overhanging a breathtaking panorama. It would be pointless to avoid this ! From the top of the hills, the huge bay of Marseille and its string of islands can be admired. This coast was named after the azure water that adorns its limestone massifs. What an enchanting contrast ! Also known as the « Chaîne de l’Estaque » or « Chaîne de la Nerthe », this mountain houses a luxurious vegetation of pine trees and kermes oaks, it goes through numerous coves very different from one another made of ports and lovely beaches (Establon, Niolon, Méjean, la Redonne…).

All these coves, plateaus and cliffs give the hikers magical rides and trails, like the path of the border officers linking Martigues and Marseille.  The mountain bike is perfectly appropriate to such an expedition in this delicious land. But the most indolent people can take the train without reserve to enjoy the stunning view.

A hymn of sea-faring pleasure

Real paradise for divers, the Blue Coast takes care of its wealth with wisdom and prudence, and it has superb dive sites : the « Bois de Carry », the Sécan, the Petit and the Grand Mornas… Indeed, The Blue Coast Marine Park ensures the protection of the marine environment and makes sensitive the followers. The Blue Coast has an exceptional natural heritage.

The small fishing port Niolon, coiled in the heart of this rocky immensity, shows very attractive assets. Important gathering place of divers, its local aesthetic is enriched by numerous sheds Situated between the sea and the mountain, you could cross there real Rove goats, that give the milk to do the delicious “fromage de brousse” which can be found on many stalls of local markets. Nearby, other calanques are closely layered in an endless path.

As there is very few traffic, These calanques release a picturesque note, a very « sheddy » atmosphere. On the way, Méjean, Les Figuières, la Redonne…follow one another, the only tricky part is to choose a spot for your towel !

Gignac famous Madrague is also in these calanques ; Blaise Cendras was seduced by this stunning landscape took it as a basis for “the unforgettable pages of the Manstruck”  composed  during the spring 1927.

The Blue Coast : humble without losing its uniqueness

Many celebrities have been to this enchanting site and immortalizes it. Carry-le-Rouet is the prime example with its avenue “Don Camillo” and its beach “Fernandel”.

Following the unalterable rite of the « oursinades », people enjoy urchins and seafood with white wine on the three first Sundays of February.

In this small city, you will discover lanes of centenarian pine trees shading and hiding gorgeous villas. Then welcome to Sausset-les-Pins ! This charming little port offers visitors paths with magnificent views over the port of Marseille. As a matter of fact, this sublime cove instantly seduces with his castle of the 19th century (Château Charles Roux), its small pedestrian streets, its terraces over the port, its lively market and its authentic atmosphere...

An ode to the sea and to the stone

The Blue Coast wouldn’t be that beautiful if its love story with the sea wouldn’t be that vivid. The small fishing port of Carro is to discover (the main one of the Coast, situated behind the Cap Couronne). On mornings the trawlers discharge fresh fish. The Sea and Fishing shaped this beautiful town as well as ship repair, maintenance of the nets, sale of fish.

Nearby, on the sea, Wind-surfing fans ride the waves as soon as the wind calls them. You can continue your jaunt towards La Couronne, where its Cap proudly erect, offering a stunning panoramic view close to the famous archaeological site of Roman quarries.

The church bell-tower is also to be seen as it has kept the marks of the stone-cutters who built it. From Carro, do not hesitate to extend your visit to Martigues, known as the Provençale Venise…

« I have never seen a more original place than this little town, situated between the Etang de Berre and the Canal de Bouc, built not on the seaside, but on the sea ; irregular, white, laughing, cut with canals and bridges ». Here is how Alexandre Dumas described the town of Martigues in « New travel impressions ». He is not the only famous people who left written traces of his visit in Martigues. Camille Corot, Van Gogh and later Joseph Kessel and Jean-Paul Sartre were touched by this town which was founded on sand banks.

However, someone discovering Martigues nowadays will find it hard to imagine how deeply this picturesque seaside village had to change to become the 4th town of the Department. For more than 50 years, the town never stopped to grow, preserving its nature and identity, offering its inhabitants and visitors high quality cultural, sporting and leisure equipment, as well as plenty of  festivals and various animations while preserving the way of life. Efforts made for decades have been fruitful as last june, Martigues obtained a deserved recognition from the Conseil d’Etat: it was classified both as a sea and tourism resort. 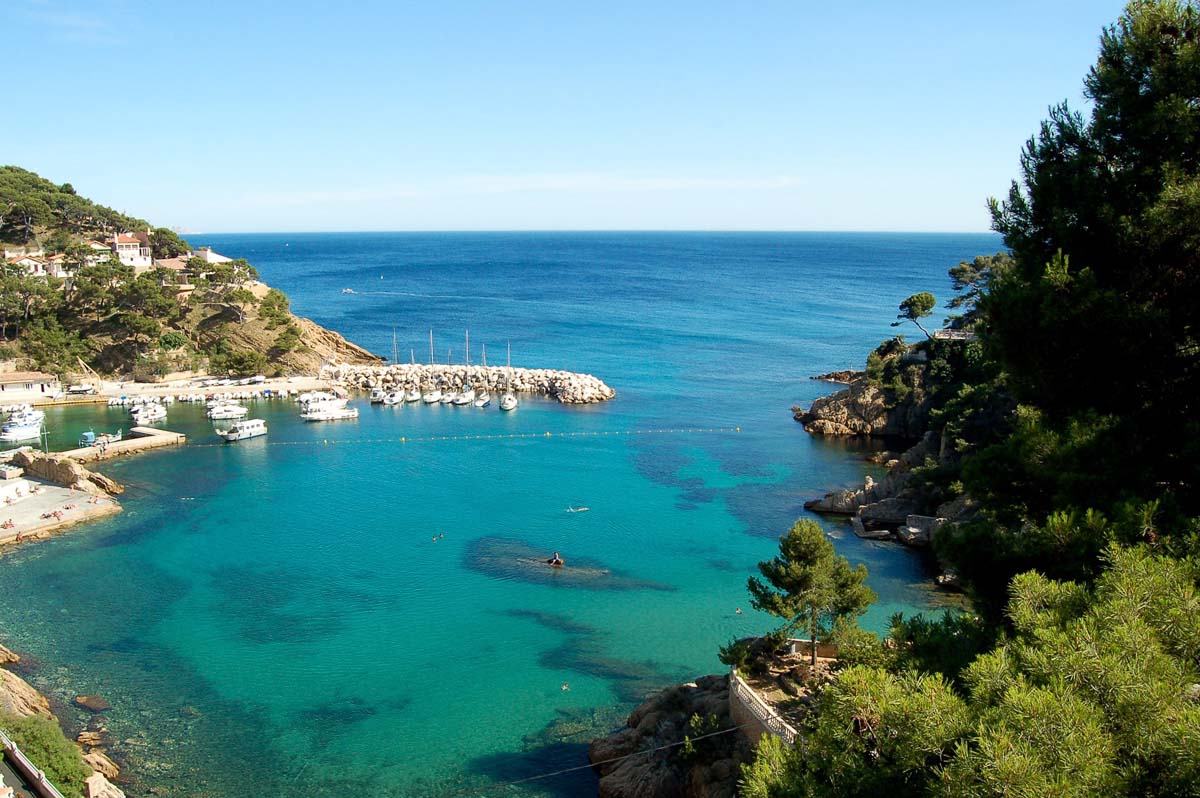 Martigues… It is both festivities and moments of conviviality to be shared, actually more than 300 a year, for instance the « Fête de la Mer », the « Fête de la Saint-Pierre” , the “Soirée Vénitienne”, “the Festival de Martigues” or the “Flâneries au Miroir”…

It is also a coastline to be discovered… From the cove of the Laurons to the plage du Verdon, through the small port of the Tamaris or Carro, natural wonders unfold with every footstep, giving the visitors a deep breath of fresh air … The “Boucle botanique », the « Sentier du littoral », the « Parcours santé » or the « Présentoir à fossiles » are original places to be appreciated in wild spots…

The Grand Parc de Figuerolles welcomes you in 130 hectares of land. Both playful and educational, this family space houses among others acrobranche, a farm, a convivial equestrian center and kilometres of paths. More than 300 000 visitors enjoyed it last year.

Martigues, is finally an ancient town centre, monuments and cultural equipments … A fantastic time machine to immerge yourself in the history of Martigues… The « Miroir aux Oiseaux », the « Fort de Bouc », the « Musée Ziem », the « Vitrine archéologique », the « Galerie de l’Histoire de Martigues », so many places reflecting the past to be consumed without moderation !

All these coves, plateaus and cliffs give the hikers magical rides and trails, like the path of the border officers linking Martigues and Marseille.  The mountain bike is perfectly appropriate to such an expedition in this delicious land. But the most indolent people can take the train without reserve to enjoy the stunning view.